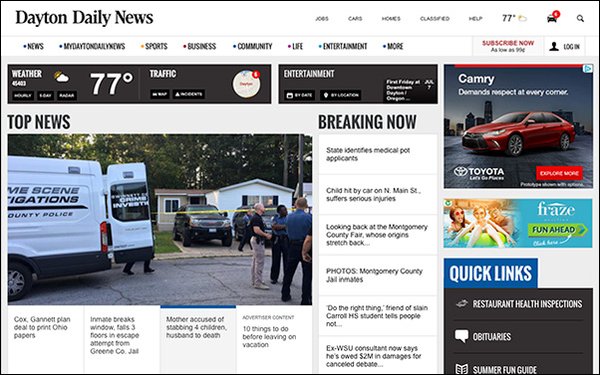 Consolidating resources is the name of the game.

Per CMGO, the deal will begin in the third quarter; the actual work will be done at Gannett’s Indianapolis plant. While the decision will not impact delivery or editorial for readers, it will impact staff.

The company’s media center in Dayton and offices in Springfield and Cincinnati will not be affected. But a Cox release stated an estimated 75 full-time and 60 part-time employees who work at its plant in Franklin, Ohio will lose their jobs.

All will receive severance packages.

The Print Technology Center was built in 1999 at a cost of $100 million. The structure and land now offer development possibilities for CMGO.

“The change is necessary because the print side of the newspaper business has not been growing. The digital portion of the business is growing,” Rob Rohr, Ohio market vice president and general manager of CMGO, told WHIO-TV.

He called it a “trend across the country and within Cox.” Rohr added the savings, capital freed by outsourcing printing, will be invested in digital operations.