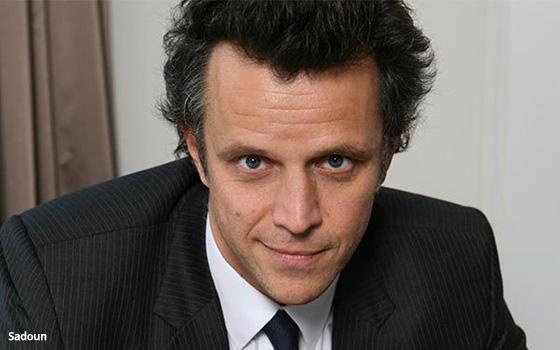 Although Publicis Groupe is still in negative territory for the first half of the year, "improving organic growth is our number one imperative," said newly minted company Chief Arthur Sadoun during his first call with investors since taking over as CEO earlier this year.

The Publicis Groupe credits its Power of One transformation with "encouraging" first-half results despite challenging macro conditions.

However for the first half of 2017, the company posted an organic revenue decline of 0.2%.

"Improving organic growth is our number one imperative," said newly minted company CEO Arthur Sadoun during his first call with investors since taking over from Maurice Lévy a couple of months ago.

"Organic growth is the key metric of the industry, it is the demonstration of our attractiveness in the market, it is the demonstration that we are competitive and that our model is both built on our clients’ needs and sustainable. Organic growth is required to attract and retain the best talent on the market. And obviously it has to come with greater efficiency. This is vital, as we must remain competitive for our clients and invest in our talents."

After stumbling over the past few quarters, organic growth in North America was back in positive territory in 2Q 2017 (+0.2%) though it still remained negative for the first six months of 2017 (-2.4%) as a result of account losses and the fact that more recent account wins have yet to contribute to the bottom line. Revenue was up 0.9%.

There is still a lot to be done, says Sadoun. Clients are increasingly challenged for top-line growth. They are under cost pressures, there is a decrease in brand trust, and local and smaller players are becoming more competitive. As a result, "Four concrete measures have been taken for this purpose: make our model a reality for all of our clients, leverage our competitive advantage in technology and consulting, simplify our organizational structures for greater efficiency; design a culture that attracts and retains the best talents."

Sadoun addressed his controversial decision to pull Publicis from all conferences and award ceremonies over the coming year by saying "we are committed to transform in an industry that needs to be transformed." He says the Groupe discussed the decision with its talent, including its creative and tech communities, before making the announcement.

“AI platform Marcel is another source of proof of our desire to build a better Publicis,” he says. He also announced the Groupe will hire a chief talent officer to be responsible to design a culture that "attracts and retains the best talent."

Looking forward, the Groupe expects the sequential improvement in organic growth to continue in Q3 and should return to a growth rate comparable with peers in the second half of the year, says Sadoun. "For the longer term, my goals are clear: accelerate growth and increase efficiency. We are at the beginning of implementing an action plan with our new governing bodies and we will come back in an articulate and concrete way in the coming months.”