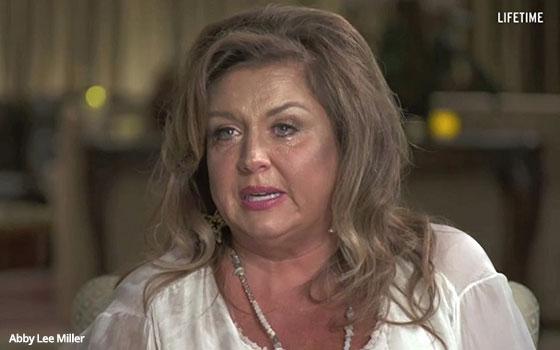 A reality star's jail sentence became an opportunity for a two-hour special Tuesday night on Lifetime.

The convicted felon was Abby Lee Miller, the tyrannical dance instructor for a group of teen and preteen girls on Lifetime’s “Dance Moms.”

This show has been around since 2011 -- six years, which is almost a lifetime in today's TV years. On July 12, Miller, 50, reported to the medium-security Victorville Federal Correction Institution in Victorville, California, to begin serving a 366-day sentence.

She was sentenced in May following her conviction for bankruptcy fraud. She pleaded guilty on charges that she falsely claimed bankruptcy and then hid various assets.

Bankruptcy fraud (along with various related charges) derailed two other reality stars too -- Teresa Giudice and her husband Joe of Bravo's “Real Housewives of New Jersey.” She served a prison sentence of just under a year in 2015. He began serving a 41-month prison term in March 2016.

Their legal troubles and prison sentences became part of the ongoing hodgepodge of storylines on “RHONJ.”

Not to be outdone, Lifetime's two-hour Abby Lee Miller special on Tuesday night had Miller being interviewed by Jedidiah Bila of “The View” as Miller prepared to leave her L.A. home for jail.

The show was a straight-up weeper -- at least from Miller's standpoint. She cried often (as in the screen grab above) as she talked about her legal troubles and her pending prison stay.

The show took viewers right up to the moment her black, chauffeur-driven Chevy Suburban crossed the property line into the Victorville grounds. A sign prohibiting photos beyond that point meant the video portion of the show would have to cease, which it did.

She was due at the prison at 2 p.m. and she seemed to be on time. Before that, a nervous Abby was seen in the car's backseat gorging herself on macaroni salad from a large plastic container with a white plastic spoon.

The food was left over from a small farewell party she threw the night before with a group of close friends. Tears were shed and words of encouragement were offered as Abby expressed her fear of prison.

Among other things, she worried that the prison clothes she would be required to wear would not fit her properly. She was particularly concerned about getting the right-sized bra.

“I'm petrified,” she told Bila as she wondered whether she might be assaulted in this medium-security facility.

Miller seemed sincere in her fear and trepidation of prison. Our advice would have been to try and emulate Martha Stewart, who by all appearances entered prison like she owned the place.

Or at the very least, I can recall no point at which Stewart was seen complaining or crying over her situation -- at least not publicly.

To Miller's credit, she owned up to what she did -- up to a point. “I made mistakes,” she said. “What I'm denying is that I'm this cutthroat financier. … I'm not a bad person. I was stupid. I was in the wrong. What I did was wrong.”

She also expressed concern about how her dance school will fare without her, setting the stage for the start of a new season of “Dance Moms” next Tuesday night (August 1).

Indeed, this week's special -- which carried the somewhat awkward title of “Dance Moms: Abby Tells All Exclusive” -- was in reality a shrewd scene-setter for the new season.

Do the inmates at Victorville get Lifetime as part of their medium-security cable package? Perhaps we'll learn the answer to that when the new season of “Dance Moms” begins.