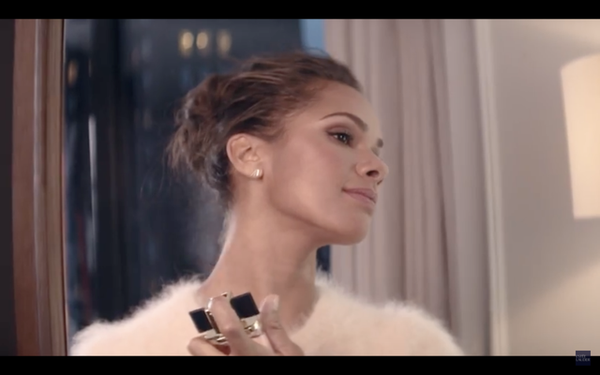 Estée Lauder has tapped Misty Copeland as the new model for Modern Muse, a fragrance launched back in 2013. Copeland, who is a principal ballerina at American Ballet Theatre, is set to appear in a campaign themed “What inspires you?” The effort includes TV spots, print, digital and in-store elements, as well as a social media component that invites women to share their own sparks of spirit with a #BeAnInspiration hashtag.

The campaign, produced by the cosmetics giant’s in-house creative team, is designed to get women talking more about their own muses, and focuses on Copeland’s work with young dancers.

Copeland, the first African-American to ever capture the position of a principal dancer with the ABT, has never been shy about discussing what inspires her—or what turns her off. The dancer also stars in ads for Under Armour’s women’s apparel and, in February, she took to social media to denounce its CEO’s support of President Donald Trump (as did other Under Armour endorses, including NBA great Stephen Curry and actor Dwayne “The Rock” Johnson.) “I strongly disagree with Kevin Plank's recent comments in support of Trump,” she wrote on Instagram, saying she has “never backed away from speaking openly about the importance of diversity and inclusion. It is imperative to me that my partners and sponsors share this belief.”

Separately, Estée Lauder has taken the wraps off the campaign supporting its second limited-edition makeup collection in partnership with singer-turned-designer Victoria Beckham. On sale next month, Beckham stars in digital and print ads for the new line, shot by fashion photographer Lachlan Bailey in New York City.

In its most recent quarterly results, Estée Lauder’s sales rose 9% on a constant-currency basis, while net earnings increased 12%, and it forecast growth of between 4 and 5% for its fiscal year, citing strengths in the global prestige beauty business.