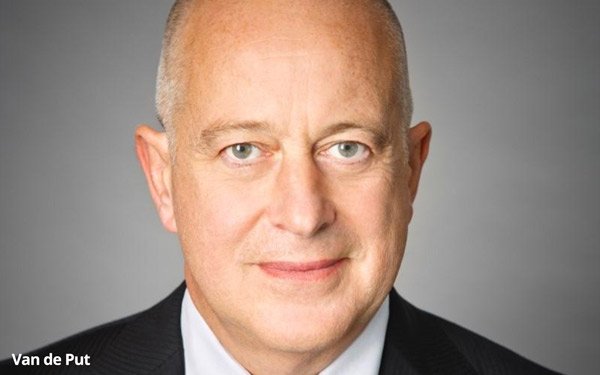 Rosenfield, 64, will continue to serve as chairman of the board through March, when she will retire. Van de Put will then add the chairman role.

Van de Put, 56, has 30 years of experience in the food and consumer packaged goods industry. He joined McCain Foods — a $7.3 billion (U.S.) privately held, global company that is the largest maker and marketer of frozen French fries and potato specialties — in 2010 as chief operating officer, becoming president and CEO in July 2011. Previously, he served briefly as president and CEO of global OTC at Novartis, and as president Americas for Groupe Danone between 2007 and 2009. He also served in executive positions at Coca-Cola Company and Mars Inc.

In addition to his experience in both developed and emerging markets, Mondelez’s board noted that Van de Put grew McCain’s net sales by more than 50% (75% of which was organic growth), and drove annual double-digit EBITDA growth, during his six-year tenure.

That stands out at a time that most major packaged foods companies, including Mondelez, have seen growth slow significantly or stagnate in North America, in particular, as consumers increasingly lean toward fresher, healthier options. Rosenfeld told Fortune that the board was impressed by Van de Put’s ability to growth profitability in “challenged,” “not necessarily on-trend” categories like French fries.

Rosenfeld has been under pressure from activist investors, including Nelson Peltz and Bill Ackman, to improve the company’s margins. In April, The Wall Street Journal, citing unnamed sources, reported that Mondelez was working on a succession plan with a recruiting firm, and that the board had discussed possible replacements for Rosenfeld.

At that time, Rosenfeld said she wasn’t ready to retire. However, in interviews coinciding with today’s announcement, she told WSJ and Fortune that she began discussing her plans to retire with the board two years ago, with the timing to be synched to finding the right successor.

"Our thorough, multi-year succession process has identified Dirk as the right leader with a distinct combination of skills and industry experience necessary to succeed as our next CEO,” stated Mondelez independent director Mark Ketchum, adding that both internal and external candidates had been considered.

Investors’ growth expectations for Mondelez were set high from the start.

In 2012, after six years as CEO of Kraft Foods, and already under pressure from Peltz and his Trian Fund Management group, Rosenfeld succeeded in a push to split the two companies.

With the slower-growth traditional brands in the North American grocery business spun off as Kraft Foods Group, the new Mondelez entity, consisting of global snack brands including Oreo, Milka, Trident, Nabisco and Cadbury (which Kraft acquired under Rosenfeld in 2010), was designed to be positioned for rapid growth.

Rosenfeld responded to slowing organic sales growth — partly reflecting traditional grocers’ competition from Amazon and other nontraditional retailers — with an e-commerce initiative aiming to hit $1 billion in sales by 2020.

In the board’s statement, Ketchum praised Rosenfeld’s “vision and leadership” for the past decade, noting that she “changed the face, footprint and growth prospects of Kraft Foods” prior to creating Mondelez, where she “reinvigorated” the brands, transformed the portfolio, strengthened the company's presence in emerging markets, and “aggressively improved margins.”

Rosenfeld has been slashing costs — with the goal of cutting $3 billion by 2018 — since her unsuccessful bid to acquire Hershey for $23 billion last summer, although she told WSJ on Wednesday  that, “In hindsight, I think perhaps we could have gone after the costs a little faster. My regret is that we haven’t fully realized the potential on the top line.” She also said that Van de Put’s challenge is to “unleash the growth potential of this company.”

Mondelez announced the leadership change simultaneously with second-quarter results. Although sales fell by 5% —  reflecting  weak demand for its core brands in North America, and shipping and invoicing problems caused by a cyberattack — profits exceeded expectations, and the company reaffirmed its forecast of 1% organic sales growth for the full year.