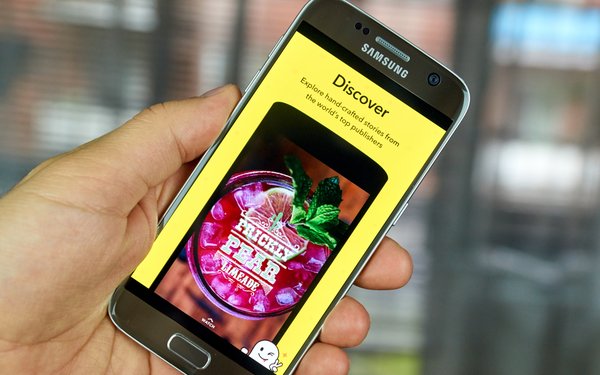 Snapchat may not be the biggest tech platform, but everyone likes to copy its ideas.

In yet another example of a much bigger company taking a page from Snapchat’s book, Google is developing a new service for publishers. It will allow them to create visually oriented media content similar to Snapchat’s “Discover” feature, according to The Wall Street Journal, which cited unnamed sources familiar with the product.

The new publisher technology, called “Stamp,” represents an escalation in the competition between tech platforms for publisher partnerships and access to media content, which they need to drive user engagement.

On that note, Google has already entered into negotiations with media companies, including Vox Media,  The Washington Post, Time Inc., CNN, and Mic. A preliminary version of the product could be available as early as next week, the WSJ reports.

The news that Google is developing a Discover competitor comes on the heels of a report from Business Insider that Google tried to buy Snapchat’s parent company, Snap, for $30 billion early last year.

More recently, advertisers have reportedly been expressing dissatisfaction with Snapchat’s measurement and tracking tools, leaving the company vulnerable to bigger competitors with more resources to devote to wooing advertisers and publishers.

However, Snap is moving quickly to fend off these sallies.

As reported in MediaPost's Digital Daily News, this week it began offering marketers some “advanced” campaign management options. Among these are permutation builders that allow brands to create and launch hundreds of targeting and creative variations with a few clicks.

On the publisher side, Snapchat has been introducing new features to give media content owners greater control over their distribution and audiences. Last month, it unveiled a new feature, Paperclip, that allows users to incorporate links to external Web sites into messages and content sent within the app.

Paperclip enables publishers, along with other users, to attach links to third-party mobile Web sites to videos or images as part of a Snapchat Story, increasing traffic to their own properties.