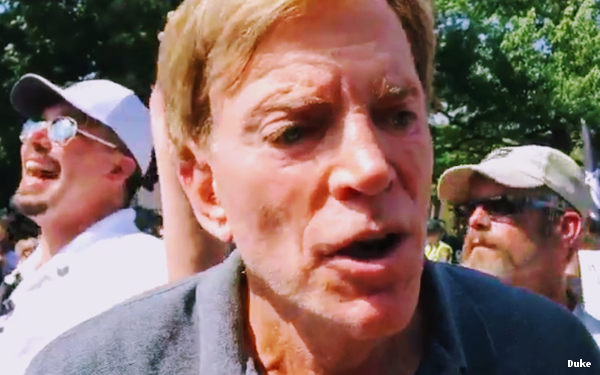 "We’ve got live Periscope, too,” White nationalist organizer, former KKK chief and former Louisiana state legislator David Duke said as he strode up to an interviewer on the chaotic streets of Charlottesville, Virginia, Saturday afternoon.

“What does today represent to you?” the interviewer asked Duke.

I’m beginning this column this way because I want to draw an explicit connection to the role that media -- especially decentralized, one-to-masses media platforms such as Twitter’s Periscope app, Twitter itself, YouTube, Facebook and everything else -- are playing in not just disseminating a message, but helping to organize it. 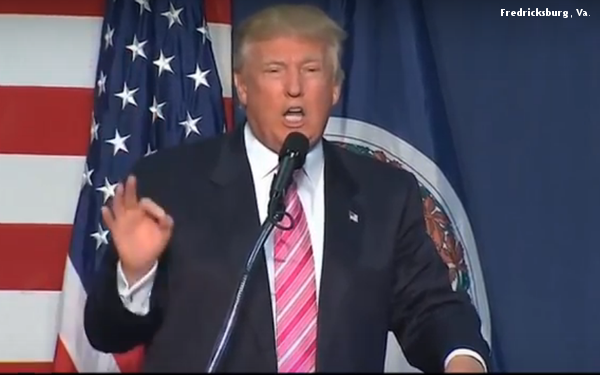 “If you think they’re going to give you your country back without a fight you are sadly mistaken,” chief Trump strategist Steve Bannon said in nearby Maryland, six months later, continuing: “Every day, every day, it is going to be a fight, and that is what I am proudest about Donald Trump. All of the opportunities he’s had to waver off of this.”

Bannon’s comments, delivered in rare public talk at the Conservative Political Action Committee’s (CPAC) annual conference, were also amplified and are still available to be viewed on YouTube.

What’s most remarkable about Bannon’s statement is how transparent he was in explaining Trump’s game plan: “If you want to see the Trump agenda, it’s very simple. It’s all in the speeches. He went around to these rallies with those speeches that had a tremendous amount of content in them.

“All he’s doing right now is, he’s laid out an agenda with those speeches, with the promises he’s made, and our job every day is just to execute on that. Which is to simply get a path to how those get executed. And he’s maniacally focused on that: ‘I promised the American people this, and this is what we are going to execute’,” Bannon elaborated, concluding: “The mainstream media better understand something: All of these promises are going to be implemented.” 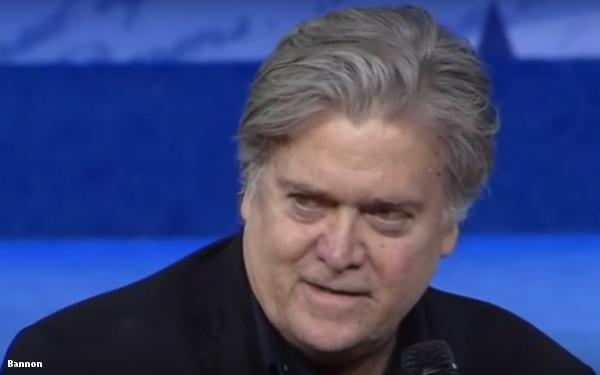 Bannon went on to outline three buckets of Trump’s agenda, including the “deconstruction of the administrative state.” But it's his transparent admission that mainstream media fail to understand that Trump’s agenda is to, as Bannon, Duke and Trump so publicly acknowledged, “take our country back” that is the reason for this column.

“Back to what,” I tweeted after I viewed the Duke video on Twitter. I meant it rhetorically, because there is no interpretation required. Duke’s comment was made moments before a white supremacist participating in the rally rammed his car into a crowd of anti-fascist protesters on the streets of Charlottesville, killing a woman and injuring many others.

Late Saturday, when President Trump finally made a statement about the incident during a previously scheduled press event at his Trump National country club in Bedminster, N.J., he did not explicitly condemn the violence incited by white nationalists at the rally, but instead condemned “many sides, many sides.” He then ignored reporters' questions about why he wasn’t condemning the white nationalists and Duke’s comments in particular.

Media analysts have spent the next couple of days interpreting why Trump chose to ignore that question, but as Bannon previously disclosed, it’s not that complicated: “It’s very simple. It’s all in the speeches.”

Bannon is right that the mainstream media have failed to understand or have chosen to ignore it. But he and his constituents have not. Whether it is the Alt Right media that continue to fan the flames, Trump’s own personal media (Twitter, YouTube, Facebook, “Trump TV,” etc.), or even mainstream conservative media like Fox News, the message has been abundantly clear. And it's further disseminated by a legion of state-sponsored Russian bots and trolls who are spreading that message and its agenda, because they believe it furthers theirs.