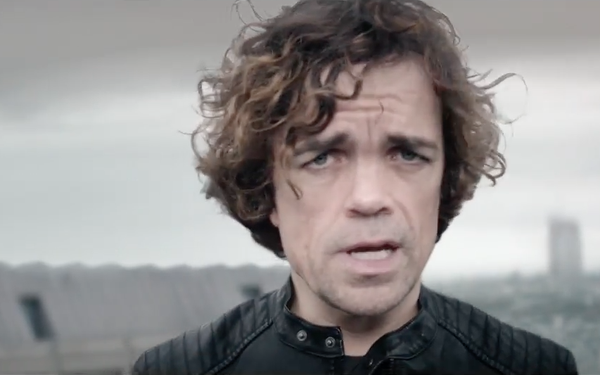 On “Game of Thrones," Peter Dinklage plays an advisor to the aspiring leaders of the fantastical world of Westeros, on the lookout for potential threats and finding ways to dispatch them before they become too dangerous.

In a new campaign for Cisco, Dinklage plays a similar role, laying out the company’s new ethos, “The Network. Intuitive,” which involves developing “intent-based technologies” that learn, adapt and protect against threats in a rapidly changing technology environment. It’s a lofty promise, and one that is a hard sell to consumers who may only fleetingly understand the challenges and advancements.

“The video we introduced this week is aimed at helping businesses understand just how game-changing the new network is — and that Cisco is the only company capable of building that network,” Cisco chief marketing officer Karen Walker tells Marketing Daily. “We believe this campaign will help reinforce Cisco’s undisputed leadership in networking. No other technology company is capable of delivering a network that constantly learns, adapts, and protects.”

Working with agency Ogilvy, Cisco created a nearly three-minute digital video featuring Dinklage walking through nearly empty streets in London, delivering a nearly 3-minute monologue explaining “The Network. Intuitive.” "As human beings, how is it we come to know what is right or wrong? How does experience shape our instinct,” Dinklage begins. As he posits that its intuition that moves people forward, he turns to the proliferation of digital devices (“more devices than there are people”), which creates complexity. The “new network,” he says, sees all this complexity as “the enemy” and that “intuition is the antidote.” A network with insight and context could fix things before they break, seeing threats before they happen, and that became smarter every time hackers tried to access it.

It’s a dense, difficult message to convey, which is why the company and agency turned to Dinklage to deliver it.  “Peter Dinklage is the perfect messenger because of his global fame and ability to speak in a bold, intelligent, and captivating way,” Walker says. “More importantly, he is known for playing intelligent and sophisticated characters so we knew he’d be the perfect ambassador to explain The Network. Intuitive.”