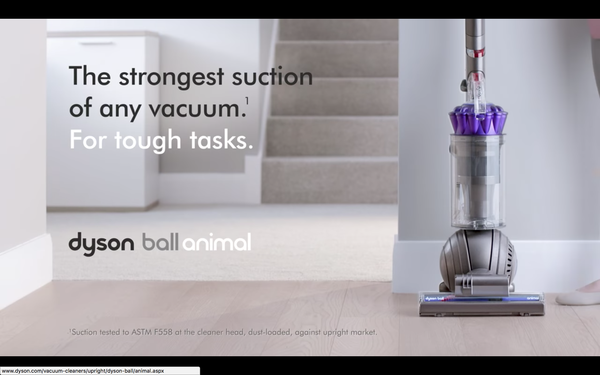 Add Dyson, best known for its high-concept vacuums, air purifiers and hairdryers, to the list of retailers racing to use hands-on customer experiences to rev up their marketing game.

Last year, Dyson opened a store on Oxford Street in London, configured to let shoppers vacuum up 60 different kinds of debris, or experience a blow-out with its $400 hair dryers. Earlier this summer, it announced a “Dyson Demo Experiences” store-within-a-store deal with Best Buy, in some 90 stores. And lately it’s been tweeting images of soon-to-open stores of its own in New York, San Francisco and Toronto.

“This is brilliant, and it’s the future of retail,” says Judge Graham, CMO of Ansira, a data-driven marketing agency based in St. Louis. “Retail is radically changing, with smaller footprints, fewer locations, and it’s all about the experience.” He says Dyson, along with brands like Nike and Samsung, are all looking for ways to elevate that experience, giving consumers new reasons to head to stores instead of simply shopping online.

“It’s a no-lose for Dyson,” he tells Marketing Daily, “even if people leave the store and go home and buy a Dyson product online. And it’s a win for Best Buy either way, as well, since it’s attracted customers into the store.”

A Dyson spokesperson tells Marketing Daily that the company won’t have much to say about the demos until closer to opening.

Dyson’s news comes as many retailers are scrambling to marry online shopping with offline traffic. Best Buy, for example, is also selling some Amazon and Alexa products. And Kohl’s just announced an Amazon Smart Home Experience store in 10 locations.

Getting people to physically engage with a product certainly isn’t a new concept, says George Anderson, editor-in-chief /associate publisher of RetailWire. “In auto retailing, for example, there’s an expectation that once someone takes a test drive, they’re more likely to buy a car. In clothing, once someone goes into a fitting room and tries something on, that’s more likely to convert to a sale.”

But by offering consumers the chance to play with products in several different formats — its own stores, plus the Best Buy shops, which will range from 40 to 400 square feet — it can determine which model delivers the biggest sales impact, he says.

Of course, he points out, there’s risk, too. “Some experts say chains like Best Buy and Kohl’s, which have lost so much to Amazon, may be shooting themselves in the foot.”

Graham agrees. “But the risk was there anyway,” he says. “At least stores are finding new ways to bring consumers from online channels to offline ones, in a way that can help their own brands.”