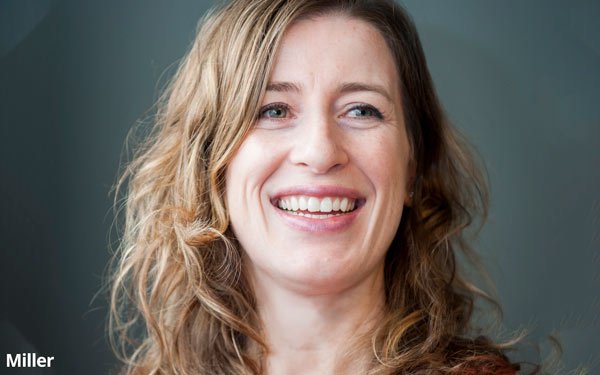 MUH-TAY-ZIK | HOF-FER (M|H) is expanding its leadership team to add Teri Miller as partner/managing director to manage the San Francisco-based agency's day-to-day operations. In this newly created role, she will be responsible for helping to manage client relationships, agency growth and new business.

Miller will report directly to John Matejczk, ECD/co-founder and Matt Hofherr, chief strategy officer/co-founder.
She is joining M|H after eight years at Deloitte-owned Heat, where she was the director of marketing, responsible for the positioning and growth of the agency, new business management and public relations. She also oversaw Heat clients including Conde Nast, Bank of the West and Facebook.

Earlier in her career, she worked at Goodby, Silverstein & Partners in San Francisco and then went to Wieden+Kennedy to work on the agency’s Nike account as team lead on women’s, running, soccer and cycling.

“Teri and I first worked together years ago at Goodby, and I’ve wanted to work with her again ever since,” says Matejczyk. “I actually called her when she was working in Colorado in 2009. We were just starting up and I asked her to come help us run the agency. She said she would, but she had just accepted her other gig. So this is a job offer eight years in the making.”

M|H has added several new faces as the shop's founders focus more on client relationships. In July, Paul Stechschulte was named executive creative director, Tanya LeSieur came on as head of production and Katie Ramp joined as director of talent.