How Psychographics Made Dollar Shave Club A Winner

Today, it’s clear that Dollar Shave Club didn’t win because they made an entertaining video.

Dollar Shave Club won because they had their finger on the pulse of a new, growing group of consumers — a group that Gillette, their established rival, missed.

A demographic will tell you what age group, region, ethnicity, and income level a person belongs to. If a brand knows they are popular with 30-40 year old Hispanic men with high income levels, they may try to align their marketing more with that segment.

A psychographic, on the other hand, groups people by their interests and behaviors.

What Dollar Shave Club saw was the emergence of a completely new psychographic. A new group of consumers who wanted retail experiences that were comfortable and as simple as possible.

Dollar Shave Club offered a stripped down, convenient service. Simple razors that get the job done, mailed directly to your house each month, for only $1.

Why Didn’t Gillette Get There First?

Gillette is the original major razor brand, founded in 1901. In 2005, when they were bought by Procter and Gamble, with an acquisition cost of $54 billion.

Where Dollar Shave Club was focused on innovating and finding a new psychographic to serve, Gillette’s advertising followed a simple formula: 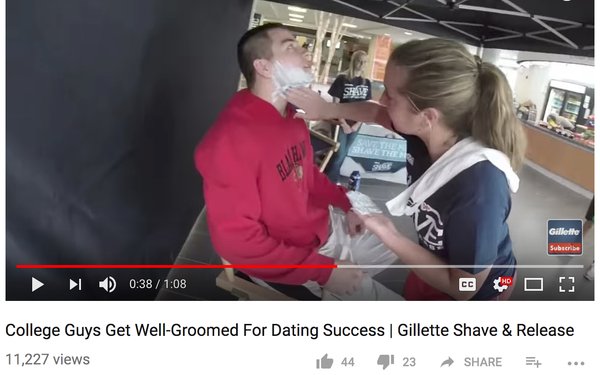 Compare this campaign to how Dollar Shave Club markets to the same audience, and it’s immediately clear that Gillette is focused more on demographics, rather than psychographics.

The traditional advice is to “listen to your customers” and get better at serving them. Gillette does this very well, and continues to be successful.

However, Dollar Shave Club has amassed an enormous percentage of the market by anticipating the new emerging market, and speaking directly to their values and lifestyles.

Brands need to remain open to the shifting cultural landscape. What new group of consumers is emerging? What psychographics define them? How do they want to be served?

1 comment about "How Psychographics Made Dollar Shave Club A Winner".
Check to receive email when comments are posted.
Next story loading