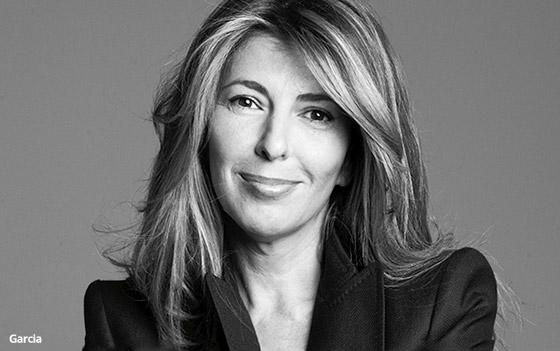 In an internal memo sent to staff Monday, Myers noted she will remain at Elle for a period of time to help with the transition, “consulting with [president of Hearst magazines] David Carey, bringing new ideas about where fashion, retail and most importantly women are heading in this transformational moment in history. I’ll be speaking on behalf of those women, and Hearst, in the fall.”

In the memo, Myers said the decision to step down was influenced by her growing children and her desire to spend more time with them. Her 17-year-old daughter Frankie heads off to college in a year, and her 15-year-old son Michael is just a few years behind.

Myers wrote she credited staff with helping to build Elle into “a powerhouse over these last 17 years.”

Garcia was rumored to be in the running to take the role as editor-in-chief of Elle. Today, Hearst confirmed those reports. Garcia begins in her new role on Sept. 18.

Garcia told The New York Times she is “looking to amplify the DNA of the brand. It’s bold, it’s provocative, it’s inclusive, democratic, its innovative.” Well-known in the fashion industry, Garcia has been a judge on the show “Project Runway” since it launched in 2004 and boasts a large social-media following.

Hearst Magazines President David Carey stated: “Nina embodies all the qualities of a modern editor-in-chief. She’s an important authority in fashion, respected by her peers for her personal style, her ability to spot talent and her deep relationships across the industry.”

Last week, another well-known editor-in-chief stepped down. Graydon Carter announced he would leave Vanity Fairat Condé Nast in December, after 25 years at the helm of the entertainment and pop-culture publication.
design, fashion, hearst magazines, magazines, management
Next story loading