'Martha Stewart Living' Gets A Makeover 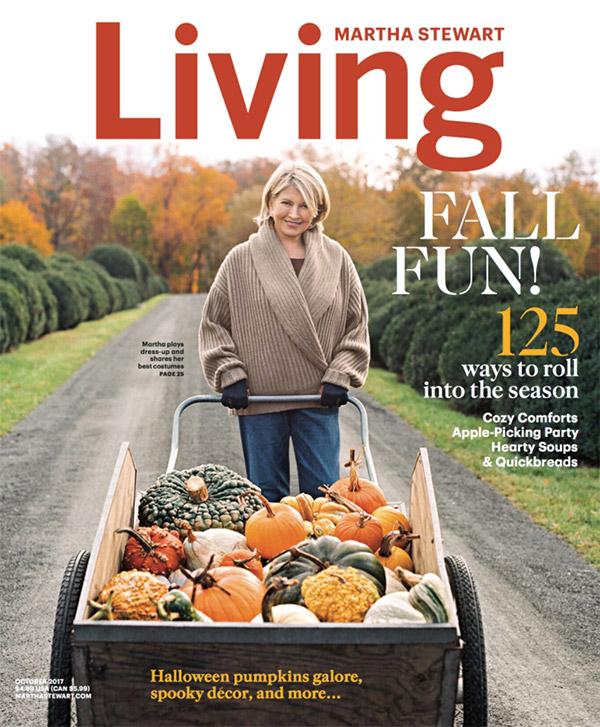 Martha Stewart Living is getting its first brand refresh since 2013, led by editor in chief Elizabeth Graves and the magazine's art department, helmed by Jaspal Riyait.

The October issue of the Meredith-owned title, which features Stewart on the autumnal-themed cover wearing a knit sweater and pushing a cart of a variety of pumpkins, marks the debut of the brand’s redesign.

The cover story boasts “125 ways to roll into the season,” with topics like "cozy comforts, apple-picking party, hearty soups and quick breads."

The redesign introduces bigger photos, creates two exclusive typefaces, which will replace most of the old fonts, and brings back the recipe index. The magazine also displays more white space and a bookmark design for easy navigation.

“In the 27th year of Living, we found ourselves longing for a little something new—an evolution of the clean, timeless sensibility we’ve always had, but still very us,” Graves wrote in the issue’s editor’s note.

The art department partnered with the design team Claudia de Almeida and Margaret Swart of The Tiny Bank for about a year to explore a new direction for the magazine.

There has also been a rollout of editorial changes since last January, overseen by Graves. For example, home section "Good Living" has added franchises, like "The Palette" and "The Find," and redesigned "Tastemaker” to make it more visually appealing.