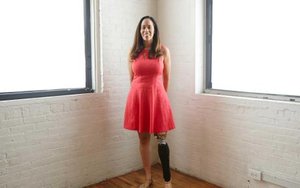 When Dove decided to run an ad plugging the all-woman production team behind its “Real Beauty” series during the Emmys, it couldn’t have been certain of the evening’s womanly sweep.

“It's been an incredible year for women in television,” actress Reese Witherspoon said during the ceremonies, including the win for Big Little Lies, which she produced. No fooling: Besides Big Little Lies,The Handmaid’s Tale and VEEP cleaned up, and there were key wins by female writers and directors. All that girl power bodes well for many brands that have been banking on femvertising, says Samantha Skey, president and chief revenue officer for SheKnows Media.

“There’s a big difference between people getting on board to produce female-empowered content because it’s the right thing to do, and doing it because it’s popular, wins awards and gets plenty of viewers,” she says. “These are shows with really big audiences and fan bases.”

Even Audi, with its all-female orchestra, got into the spirit.

“Tonight, as television honors women on screen and behind the scenes,” Dove’s spot begins, “so do we.” It then goes on to discuss the Shonda Rhimes-led Real Beauty Productions, with its 100% female crew, as well as some of the women it has celebrated.

The Dove spot also highlights the story of Diane Wright, a fifth-grade teacher with a prosthetic leg. “My mother named me for Wonder Woman,” she tells viewers, explaining how she has made being open and honest about her leg an important part of teaching kids, as well as raising her own daughters.

"It's beautiful,” she says. “It's me – and it doesn't hold me back. In fact, when I look at it, I'm reminded that beauty is perseverance in the face of adversity. Beauty is strength. Beauty is confidence. I want my girls to know that."

The film is the latest installment in Dove’s Self-Esteem Project, developed to increase girls’ confidence by expanding their definition of beauty.