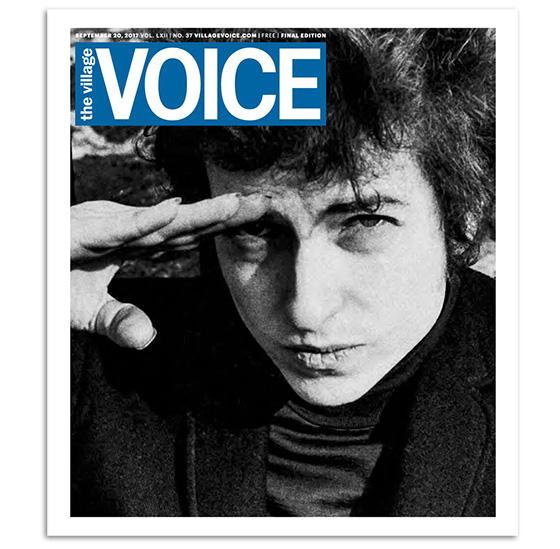 The Village Voice has revealed its final print issue, with a young Bob Dylan on the cover, seemingly giving a farewell salute. The issue commemorates a six-decade run with a 176-page issue dedicated to the people who helped define the alt-weekly publication.

“The Village Voice’s print edition was much more than just a weekly newspaper, but a public forum for ideas and a cultural touchstone for the progressive thought and envelope-pushing aesthetics that defined New York,” stated Peter Barbey, CEO and owner of The Village Voice.

“As we shift to digital, we’ll continue to carry the torch of cultural connectivity and establishment-challenging politics that form the core of The Village Voice,” he promised.

Barbey announced last month that the Voice would end production of its weekly print product, and subsequently cut two dozen staffers to “reallocate resources as we reconfigure The Village Voice into a digitally focused company.”

The publication, founded in 1955 and known for its coverage of New York City’s culture, politics, entertainment and nightlife, will now live online-only. Going forward, it will introduce new events, products and editorial initiatives.

The issue brings back popular gossip columnist Michael Musto, as well as a special installment of “La Dolce Musto.”