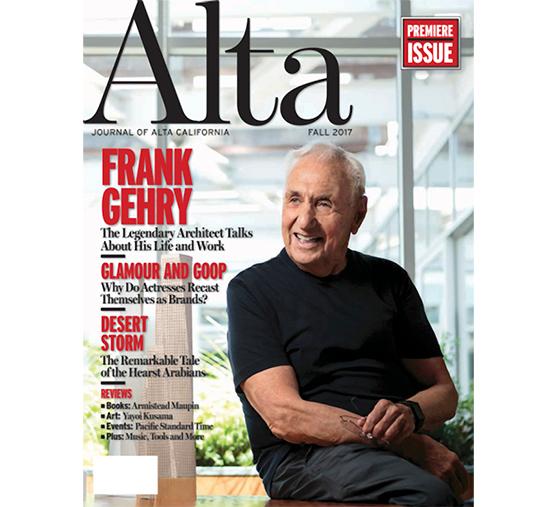 The grandson of Hearst founder William Randolph Hearst has developed a magazine dedicated to California, a personal project in the making for more than 20 years.

William R. Hearst III, who has served as editor and publisher of the San Francisco Examiner and managing editor of Outside magazine, told the New York Post: “It’s not a Hearst publication — it’s a Will Hearst publication.”

Called Journal of Alta California, the self-funded quarterly magazine will hit newsstands Oct. 3 and be distributed to over 4,500 retailers in California, including bookstores, grocery stores and airports. It carries a $5.99 cover price.

The new magazine will be based in San Francisco and cover the issues, culture, personalities, politics, lifestyle, culture and history of California. The Alta brand will also include a daily site, social media channels and a series of events.

“Many people have often wondered why there is not a literate magazine counterpoint to the New Yorker from a Western point of view,” Hearst stated. “Alta will fill that gap. So many industries and innovations have come from here—Hollywood, Silicon Valley, the environmental movement, the Beat Generation—and I want to celebrate that.”

Veteran journalist and entrepreneur Mark Potts is the managing editor. Potts has been an editor, executive and consultant for The Washington Post, the San Francisco Examiner and Variety. The magazine’s creative director is John Goecke.

Journal of Alta California takes its inspiration from Vanity Fair and Rolling Stone.

The unique name of the publication comes from a newspaper called Alta California, created after the Gold Rush and graced with Mark Twain as a correspondent, according to a Letter from the Publisher in the Journal of Alta California's first issue.

“Alta California was the embodiment of the pioneering spirit of California journalism and storytelling,” Hearst writes.

The first issue features California-based architect Frank Gehry on the cover, interviewed by Hearst himself. Gehry designed the Walt Disney Concert Hall in Los Angeles, as well as the famed Guggenheim Museum in Bilbao, Spain, among other iconic buildings.

Other stories in the debut issue include a look at the roots of sexism in Silicon Valley, a story on actresses and their lifestyle brands and the tale of a William Randolph Hearst-sponsored journey to bring Arabian horses from the Middle East to California after World War II.