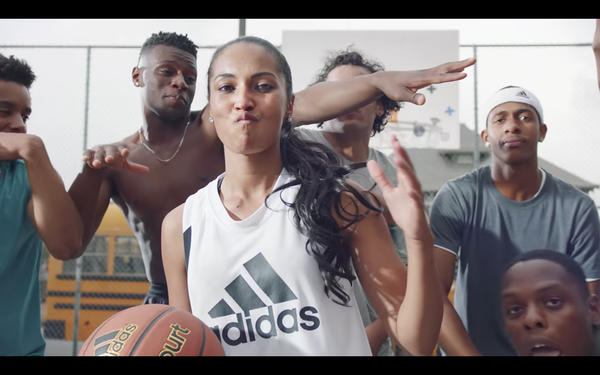 Talk about a bad week for athletic apparel: As the Adidas bribery scandal widens, the University of Louisville is giving legendary basketball coach Rick Pitino the heave-ho. And there are reports that the investigation is spreading to Nike, which just released numbers earnings for the first quarter of its fiscal year, showing an ugly 3% decline in sales in North America to $3.92 billion.

Until the news of the fraud and bribery charges broke — including the arrest of 10 people, one an Adidas employee, by federal investigators — Adidas had been leading the pack. A few weeks back, market research company NPD reported that it had been gaining share so quickly that for the first time, it had overtaken Nike’s Brand Jordan as the No. 2 sport shoe in the U.S: “This is an achievement I never thought I’d see in my lifetime,” Matt Powell, vice president and industry analyst, tweeted.

Today, Powell tells Marketing Daily, it is too soon to say what impact the charges will have on Adidas’ sales. “If what we know now is all there is and it doesn’t become much larger, I don’t see it as having much of an impact on the consumer. But it will have an impact with the NCAA, and, certainly, it’s a big embarrassment for the brand.”

There are inklings that the investigation is broadening, with TheSporting News reporting that the feds are also sending subpoenas to Nike executives.

Not that Nike doesn’t already have its hands full. Despite strong gains in China, where sales grew 12%, total revenue for the quarter came in flat at $9.07 billion. And net income for the quarter fell 24% to $950 million, from $1.25 billion in the same period last year.

In a conference call discussing the results, Mike Parker, Nike’s chairman, president and chief executive officer, updated investors on its progress in its new Consumer Direct Offense, which aims to connect with consumers more “directly and personally,” including adding resources to fastest-growing cities, investing in better data and analytics, establishing faster new-product teams, and increasingly focusing on mobile.

While some analysts are skeptical about Nike’s ability to turn the tide in the U.S., others are more bullish. “Nike is building out its direct-to-consumer network — consisting of owned retail stores (which number 1,142 as of the end of fiscal 2017) and website, both combining to drive around 30% of sales,” writes John Brick, an analyst who follows Nike for Morningstar. “We forecast the channel rising at a mid-teens clip to about half of sales by fiscal 2027. Additionally, this brings merchandise closer to the end consumer and enables the firm to respond to customer preferences faster (including more personalization), which should lead to higher sales and margins.”

Meanwhile, one thing Powell says Nike likely doesn’t need to worry about is much of an impact from angry football fans calling for a boycott, following Nike’s statement in support of the National Football League and players who choose to kneel during the national anthem. “It’s true that there are some angry old white guys burning their NFL jerseys,” Powell says, “and that some people will not want to wear Nike as a result of the statement. But the Millennial customer is very progressive. If anything, Nike’s support of these protests will be a plus for the brand, not a negative.”