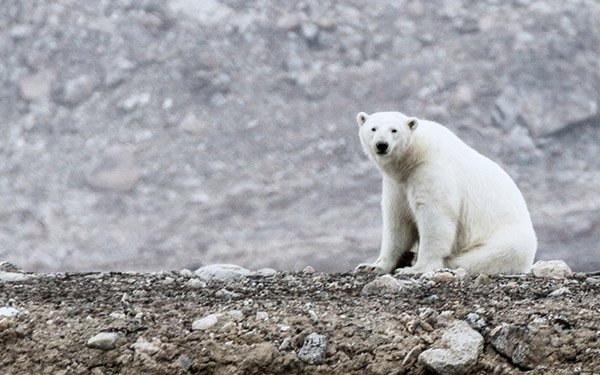 You probably think of Intel as one of the biggest chip makers in the world. And that’s true. But the firm does a lot more—it’s deeply involved in the development of artificial intelligence and machine learning applications as well drone technology. Not to mention, wearables, robotics and a slew of other tech specialties.

It’s been working hard over the last year to shift its brand position to better showcase how it is utilizing those technologies to create “human experiences,” beyond chip making and computers.

The company’s latest efforts to do that were unveiled today with two brand programs that illustrate how the company’s AI and drone work are being deployed to foster improved wildlife and environmental research.

The Santa Clara, Calif.-based firm is working with wildlife photographer and conservationist, Ole Jørgen Liodden to track the behavior of polar bears in the Arctic using Intel’s Falcon 8+ drone system. The system has GPS and heat sensor capabilities to help track the bears.

In a separate program Intel machine learning technology is being deployed in a research project to better understand the health of oceans using artificial intelligence to analyze the condition of whales.

More information on both projects can be found here.

According to Teresa Herd, head of Intel’s in-house advertising and marketing shop Agency Inside the company is using the programs to help tell its “brand story.” The branded content from the two projects was developed internally by the agency and a production arm that Herd also oversees called Intel Global Production Lab.

In addition to increasing the amount of advertising and marketing content produced in house, Herd has also been busy streamlining the company’s global agency roster. It wasn’t that long ago that the company worked with more than a thousand agencies around the world, she said, adding, “there was no brand cohesion.”

Now, Herd estimates, about 70% of the advertising created externally is done by a handful of agencies including TBWA\Chiat\Day and mcgarrybowen.

“Our technology is in so many different areas” beyond chip making, says Herd. And as the person in charge of global creative execution, she’s determined to “let people know about it.”