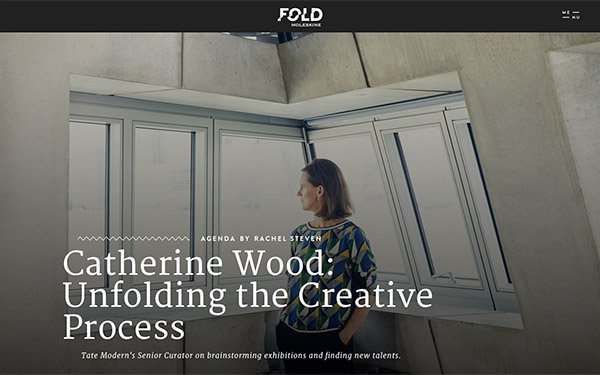 Notebook-maker Moleskine is creating its own digital magazine, called The Fold.

The site will feature profiles, interviews, galleries and listicles to cover the “creative journeys of established culture makers and intriguing up-and-comers,” per a statement.

Moleskine has partnered with agency Alkemy to create the site, and the partnership extends from The Fold's content to creative direction.

“The word “fold” stands as a metaphor for an imaginative world, which we hope our magazine will embody,” stated Lorenzo Viglione, Moleskine CEO. “It can mean to wrap or incorporate something. In this case, it is ideas, stories, information that are folded within the pages. We invite our readers to delve between the lines and enter into a world of imagination and inspiration.”

The Fold will feature artists, designers, writers, entrepreneurs, architects, chefs, curators and publishers. The site launched with features on Pulitzer Prize-winner Art Spiegelman, who is considered one of the inventors of the modern graphic novel, as well as photographer Mustafah Abdulaziz and New Yorker cartoonist Liana Finck.

Stories will be published on a monthly basis, with articles commissioned from journalists.

The Fold is organized into five sections. “Gallery” will focus on portfolios of a creator’s work, narrated in captions; “How-to” will publish advice-driven guides to particular skills; “Top Ten” includes lists of personal and practical recommendations; “My Journey” features iconic figures in the creative industry discussing their personal evolution and creative journeys; and “Agenda” contains interviews and essays dedicated to the practical side of creative work.

The Moleskine company has recently sought to expand beyond its sales of small black notebooks, which were famously used by Pablo Picasso and Ernest Hemingway.

For example, in July of 2016, the company opened Moleskine Café in Milan, Italy, which mixes coffee shop, art gallery, store and library in one brick-and-mortar location.

This year, Moleskine will launch “The Talk Series,” based on content created for The Fold.

More companies are entering the publishing world and creating their own magazines. Gay dating app Grindr launched its own LGBTQ publication for millennials, and Airbnb, a platform that connects hosts with travelers to rent accommodation, partnered with Hearst to debut a travel magazine.
magazines, online publishing, publishing, web sites
Next story loading