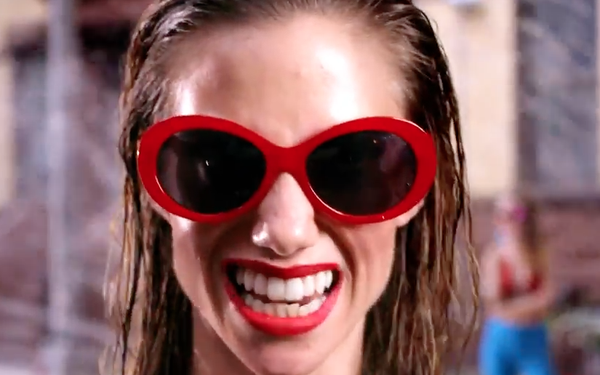 Having spent much of its history building a reputation among professional musicians for its in-ear monitors, Logitech’s Ultimate Ears is looking to break through with consumers this holiday season with a new line of Alexa-enabled speakers, and a new marketing campaign to show them off.

“We have been quite successful in terms of selling products, but people were unsure what brand they were interacting with,” Heidi Arkinstall, Logitech’s chief marketing officer, tells Marketing Daily. “We wanted to make sure people knew what Ultimate Ears was and wanted to identify around that.”

The new effort, which began rolling out this week, uses a track from Grammy-nominated producer Alex Goose, and visuals of people’s mouths being manipulated by the music to get its point across. With a bright color palette and attractive millennials, the spot is intentionally akin to a fashion advertisement.

“We’re taking cues from music videos, and speaking culturally is really, really important,” says Chris Perrins director of creative Sstrategy at Logitech. “We’re trying to become a music lifestyle brand. Everything we’re doing is around that, which is really distinct in the category.”

The digital campaign (including banner ads, videos and paid social placements) is part of an overall brand refresh, which began with a new logo this summer, and point-of-sale materials that began hitting stores in October. The company is also banking on the Alexa voice-control for its Blast, MegaBlast and Power Up speakers as a differentiator in the competitive wireless speaker market.

Beyond the holidays, the brand will use other opportunities to show off the out-of-home voice-control capabilities (through the Alexa app) and its waterproof qualities. The cumulative effect is to broaden the potential market, as Ultimate Ears establishes itself as a brand.

“The brand is growing up a little bit,” Perrins says. “We know we can have a broader market market, and voice capability will appeal to them.”