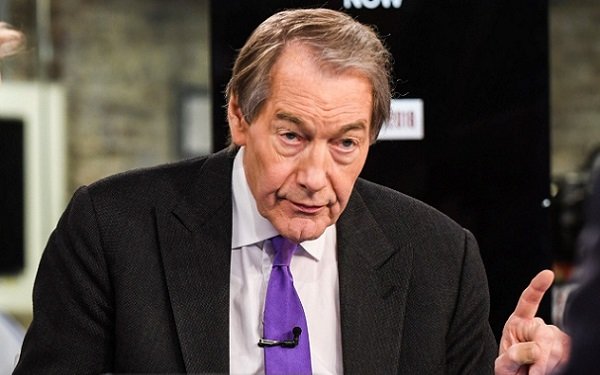 Good heavens, when will it all end?

It is almost as if the digging up of sexual harassment dirt on men in high places has become like shooting fish in a barrel. Start digging and you will eventually hit pay dirt.

That seems to be the philosophy now in the nation's newsrooms, and the latest trophy is Charlie Rose. The news broke Monday in a Washington Post story posted on the paper's Web site at around 4:40 p.m.

After that, all hell broke loose. By 6 p.m., Rose had been suspended by CBS News. His PBS talk show, which had been a nightly fixture on PBS since the Year One, was also yanked. What are the odds he will ever return to “CBS This Morning” or “60 Minutes”? I would say they range from long to none.

One of the things that continues to astonish with all of these sex-harassment stories is the detailed behavior alleged by the accusers. Al Franken's accuser, Leeann Tweeden, says he “forcibly” kissed her. Who does that?

Among other things that Harvey Weinstein and Louis C.K. are alleged to have done, the two were accused of acts of brazen (and apparently unwanted) exhibitionism (to put it tastefully). For heaven's sake!

The Washington Post article on Rose describes all kinds of thigh and buttock touching which none of those who were touched this way evidently asked for, or wanted in any way.

The story even says Rose would walk around naked in front of female assistants when they were at his home. Not only would that make for a very uncomfortable situation understandably, but now these women have the added challenge of getting that image out of their heads.

The sex-harassment stories are tumbling out so quickly that it is like someone opened a proverbial floodgate and a tsunami burst through that is now sweeping through the conjoined businesses of TV news, TV and movie entertainment, and politics.

To take the “water” metaphor just one step farther, it is a watershed moment for these realms in which powerful men have been forcing kisses, groping thighs and breasts, and doing worse to women with virtual impunity for decades (if not longer).

Someone remarked the other day that the flood of sex-harassment stories gives the impression that “all men” do this. I don't happen to agree, but the stories make it seem as if they do -- or at least a certain kind of man in a certain kind of position does.

One of the elements that has become common to many of these sex-harassment stories is the futility of denying them, particularly when the testimony is corroborated by so many (as in the Weinstein story) or there is photographic evidence (Franken) or the reporting of the stories is so meticulous (Rose).

It is worth noting that Rose's attempt at crafting a statement explaining and/or expressing regret for his actions was one of the clumsiest of these that we have seen. The entire statement is in the Washington Post story (link above), but here is a portion that stood out.

“I am greatly embarrassed,” Rose said. “I have behaved insensitively at times, and I accept responsibility for that, though I do not believe that all of these allegations are accurate. I always felt that I was pursuing shared feelings, even though I now realize I was mistaken.”

Yes, Charlie, I would say that parading around naked in front of co-workers would constitute behaving “insensitively.”

And the bit about his belief that he was “pursuing shared feelings” would seem to indicate that Charlie doesn’t get it or, at the very least, he certainly misinterpreted the “feelings” of those he is accused of harassing. Or to put it another way: They didn't want to see Charlie naked, even though he thought they did.

Who's next on the sex-harassment hit parade? Stay tuned.