Another Show From South Boston? South Philly Begs To Differ 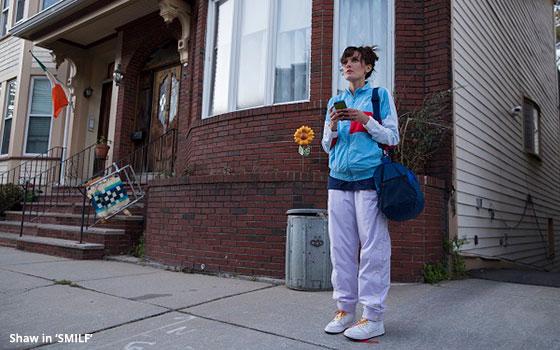 Other cities with south sides should be green with envy over the attention paid to the south side of Boston.

For reasons unknown, this working-class section of Boston has attained mythical status in movies and TV shows. Whenever characters either live there or are from there, you can expect some sort of toughness or grit combined with strong, old-fashioned family values.

These family ties are so strong that it is commonplace in South Boston movies and TV shows for various relatives to beat up or even kill anyone outside the family who messes with a family member.

Is this resort to violence an attractive quality? You wouldn't think so, but on TV shows depicting the grit and familial loyalty of “Southies” (the name given to these steadfast residents of South Boston), faith in friends and family trumps everything else, even the threat of prison time, apparently.

I would add “loathsome,” but I am a critic, and not the person assigned to write the ad copy for this repellent TV show. This three-word promotion campaign indicates evidently that the “S” in “SMILF” could be any one of those three words.

I won't spell out the rest of this acronym because, unfortunately, it is in wide use today and you probably already know what it means. I will spare readers of the TV Blog of another speech here about the vulgarity of TV.

Whatever. Showtime's “SMILF” is not worth the effort that would go into writing a full-fledged review of it. Besides, it already premiered a few weeks ago.

What is much more fascinating to me than this show's dreary plot line about a struggling single mom in South Boston is the show's locale.

For one thing, Showtime already has a show about South Boston family values -- “Ray Donovan.”

If that show (and all the movies and TV shows that have come before it) is to be accepted as accurate, then we are already well aware of the ways and customs of the vaunted Southie culture that the entertainment industry insists on foisting on us.

The point of this TV Blog is that we have taken a few too many trips to the South Boston well, and now it seems to have run dry with this “SMILF” show.

Perhaps I am biased, since I have no personal familiarity with South Boston. I am more partial to the south sides of a handful of other cities whose residents possess all the grit and family loyalty of the sainted citizens of South Boston.

I talk of the south side of Chicago -- the thought of which revives memories of Comiskey Park and nighttime White Sox games of long ago. And I talk of south Miami, where two great aunts lived long and prospered, and could teach a roomful of Boston Southies a thing or two about family values.

And I talk, of course, about the greatest city south side of them all -- South Philly -- where outsiders are regarded with supreme impatience, if not total suspicion, and a hoagie can be found on virtually any corner that will likely be the best you have ever eaten.

You want drama? Comedy? Pathos? A sandwich? It's time for TV to ditch Boston's south side in favor of some other south side. The south Bronx, anyone?