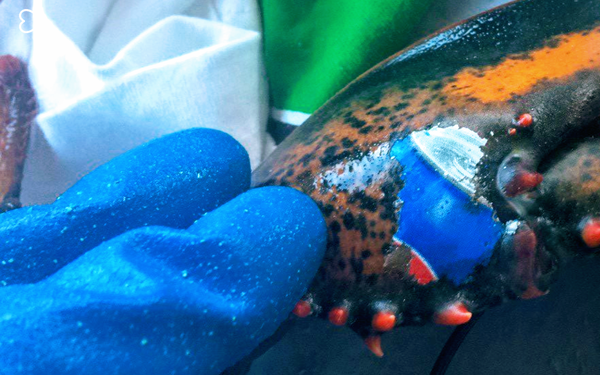 Pepsi got an unexpected social media bump this week when a fisherwoman from New Brunswick, Canada, pulled a lobster from the Atlantic Ocean that had what appeared to be a Pepsi logo embedded in its left claw.

On closer inspection, it looked more like an image of a section of Pepsi’s trademark blue and red can had somehow become embedded in and grown around the lobster’s claw."It looked like the image was tattooed on the lobster claw,” lobsterwoman Karissa Lindstrand told The Canadian Press. She added that she’s a fan of the Pepsi brand and glad it wasn’t another cola brand’s image on the lobster she trapped on Nov. 21.

Speculation is that a section of a Pepsi ad or promotional material somehow fused with the lobster’s claw when it was molting.