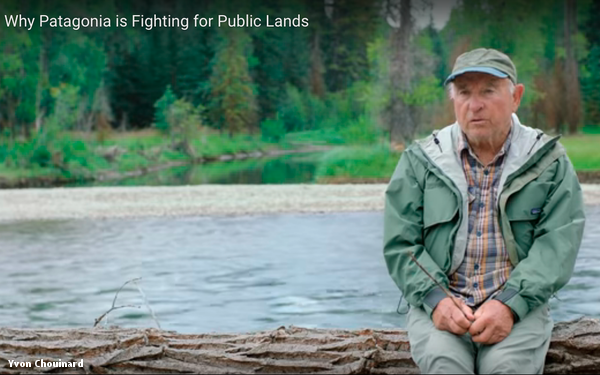 A week after President Donald Trump created a media storm by using a photo opportunity intended to honor World War II Native American code talkers to ridicule a political opponent with a Native American slur, he is expected to make an announcement in Utah today that will repeal protections of one of Native America’s most sacred lands.

At least one major consumer brand is leaning into the event with an opposition message and legal action. Environmentally focused outdoor apparel brand Patagonia says it will file several lawsuits against the Trump Administration to protect the area.

"Patagonia is involved because being able to explore places like Bears Ears is why our company was created and fighting to protect them is why we are still in business,” a company spokesperson said over the weekend. “We are proud to stand alongside millions of Americans, hundreds of businesses, conservationists and the Native American tribes that have come together on this issue to protect public lands."

Patagonia has been lobbying to protect Big Ears ever since Trump signaled plans to open the public lands for more unprotected uses. The move has concerned both environmentalists, as well as Native Americans, who consider the lands sacred and fear desecration of its artifacts.

Trump has referred to federal protection of the monuments as “an abuse of power,” and has signaled turning it over to state authorities, triggering concerns that Utah officials might be inclined to sell significant portions of the land to private interests, endangering their public use and protected status.

Patagonia's push is part of a longer legacy leveraging its brand around the protection of public lands and national parks.