If you take a quick look at the data, you might think that the winner of the race to own social media is Snapchat.

Piper Jaffray's biannual "Taking Stock With Teens” survey reports that Snapchat is now the most popular social networking service among the teen set by far.

But the real story — and the one that matters for storytellers and marketers — is what’s happening at Instagram, especially Instagram Stories. Over 200 million people use Instagram Stories each month, which is over 50 million more than those who use Snapchat, as reported in Business Insider. Instagram usage has doubled in the last two years.

Facebook is no longer the place for young people. Twitter has failed to grow followers significantly in 2017.

So what can we learn from the growth of Instagram?

And a quick look at 2017 statistics provided by the company prove that point in dramatic fashion.

According to Brandwatch, Instagram now reaches an average audience of 500 million people on a daily basis in the third quarter of 2017, more than double that of Snapchat or Twitter (each has fewer than 200 million daily active users).

Beyonce’s maternity photo garnered 11 million likes, making it the top “like” count for the year so far.

And Instagram is a global community, with the most-Instagrammed cities of 2017 coming from around the globe:

And celebrities that fit into the Instagram vibe Instagram’s “nice” digital environment are growing fans as well.

And it’s not just humans who are connecting with the Instagram community. The most-followed pets on Instagram in 2017 include cats, dogs,and even a fox:

In a world of digital overload and looming global issues, Instagram provides a warm, safe, inviting view of a somewhat aspirational world. Oh, and advertisers like that, too. 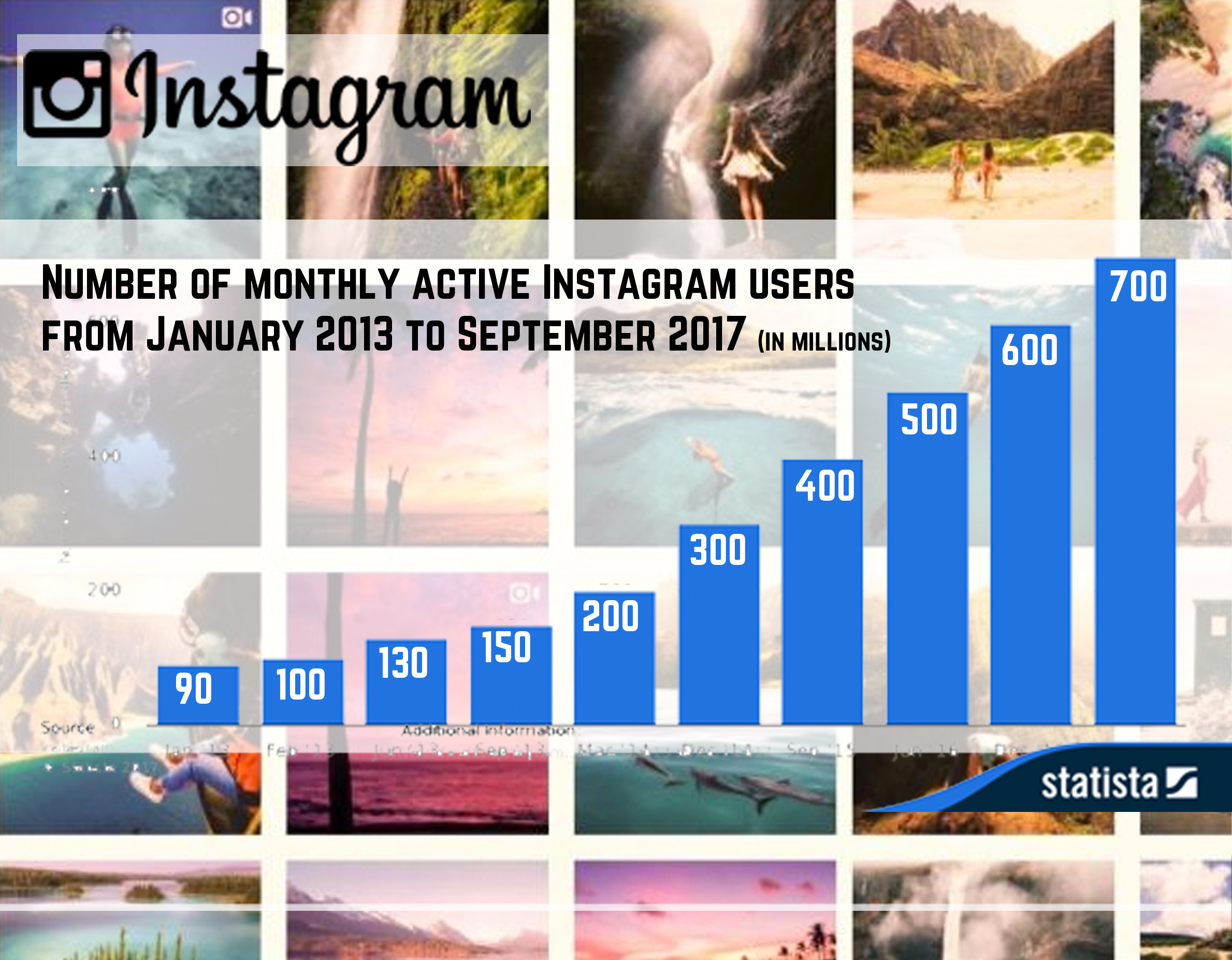