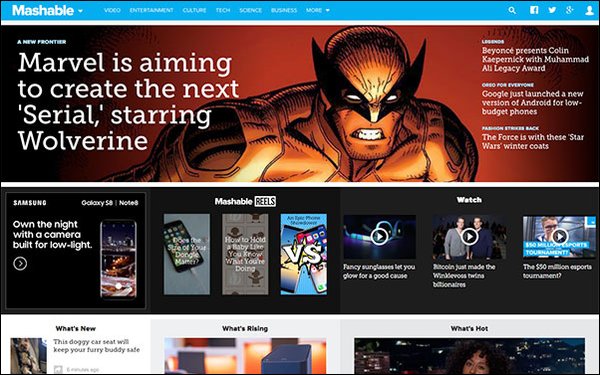 Mashable is planning to lay off about 30% of its workforce, now that trade publisher Ziff Davis is acquiring the digital media company, according to reports from multiple news sources.

Reports suggests the number amounts to an estimated 50 employees being dismissed. A source told Recode that Mashable will attempt to give employees jobs at other Ziff Davis publications.

Judging by the many Mashable reporters announcing their goodbyes on Twitter, that does not seem to be the case.

Chief correspondent and editor at large Lance Ulanoff is one of Mashable’s employees that was let go after six years at the company. Others include assistant humor editor Max Knoblauch, business reporters Patrick Kulp and Emma Hinchliffe, and games editor Tina Amini.

Mashable was valued at $250 million in 2016, when the site secured a $15 million funding round led by Time Warner’s Turner Broadcasting in March to develop more video. By 2017, Ziff Davis paid $50 million for the online publication.

Founded by Pete Cashmore in 2005, Mashable first revealed it was seeking a buyer back in August.

Cashmore and editor-in-chief Jessica Coen are staying on at the company under Ziff Davis’ ownership, according to the New York Post.

Ziff Davis has steadily built a pure-play digital publishing business, with acquisitions targeting niche and enthusiast sites, such as  AskMen.com, Geek.com and ExtremeTech.

Ziff Davis made a failed bid for the network of sites owned by Gawker Media, which was ultimately acquired by Univision in August 2016.