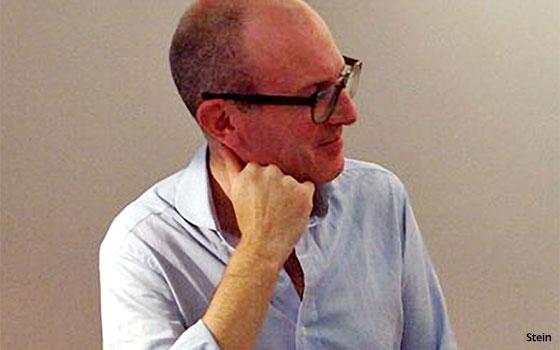 Lorin Stein, the editor of international literary magazine The Paris Review, resigned yesterday, embroiled in an internal investigation into his behavior toward female employees and writers.

He is the latest in a series of editors charged with sexual harassment.

The investigation began in October, after Stein informed the board of the New York-based Paris Review that his name was on the “Shitty Men in Media" list, a shared document of sexual harassment allegations compiled by women in the industry in the wake of the Harvey Weinstein scandal.

Stein sent an email of resignation to the Paris Review board and apologized for his behavior, according to The New York Times, which first reported the news.

“At times in the past, I blurred the personal and the professional in ways that were, I now recognize, disrespectful of my colleagues and our contributors, and that made them feel uncomfortable or demeaned,” Stein wrote. “I am very sorry for any hurt I caused them.”

The board of the magazine was set to meet today to discuss the investigation, though it had not yet decided what course of action to take.

A subcommittee created by the board to conduct the internal investigation received complaints from at least two female writers regarding Stein, the NYT reports.

Stein admitted he had dated and expressed interest in interns and writers for the magazine, which he deemed “an abuse of my position.” However, he claims all encounters were consensual and occurred when he was single.

Stein became editor of The Paris Review in 2010; he is credited with increasing its print circulation and expanding its online presence.

“The Paris Review has no tolerance for sexual harassment,” the board said in a statement Wednesday. “We are committed to whatever is necessary to insure that The Paris Review is free from harassment and discrimination of any kind.”

Founded in Paris in 1953, the magazine is famous for publishing a variety of acclaimed authors, such as Samuel Beckett, Nadine Gordimer, V.S. Naipaul, Jean Genet and Adrienne Rich.