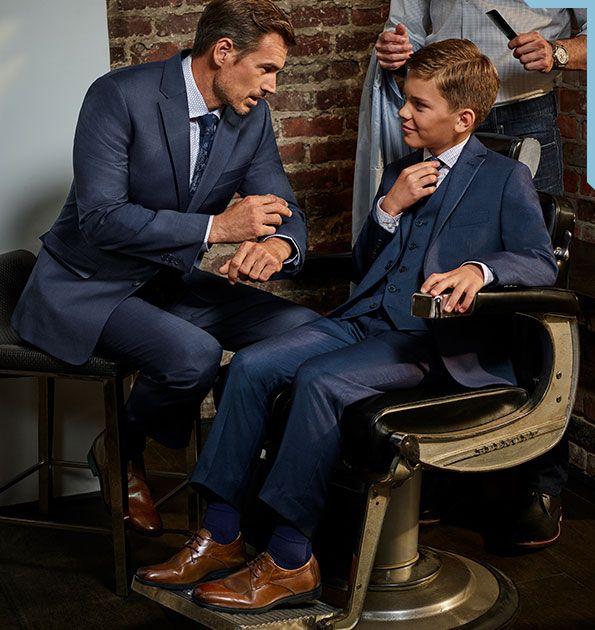 Men’s Wearhouse says its new marketing approach is helping it shake off its sales slump, and giving men — especially Millennials — more confidence in the way they dress.

The new positioning builds on its long-term “You’re going to like the way you look” positioning, says Bruce Hershey, vice president of marketing for Tailored Brands, which owns both Men’s Wearhouse and Jos. A Banks. “But we’ve made it more relevant and relatable, and we are including the customer in both conversations and the creative more than we ever have before.”

Much of that is reflected in ads that began running in August, featuring a Tailor as a brand ambassador, says Con Williamson, president and chief creative officer of EP+Co, the Greenville, S.C.- ad agency that has been working with the brand since May. “We wanted to make sure that men don’t just like the way they look, but also that they like the way they feel.”

“What we stand for is fit,” Hershey tells Marketing Daily. Even though men are more likely to discover the brand online and use the website for replenishment and accessories, they still come to stores to shop. “We can fit them and style them perfectly, and give them not just reasons to believe, but reasons to love our brand. We want them to feel confident.”

He says the new approach has called for a stepped-up content approach as well, answering questions about “how to tie a tie, pack a blazer, or whether his belt and shoes should match.” It also includes partnerships with brands like Awear-Tech, part of the Kenneth Cole Awearness line, which donates a portion of its proceeds to Hire Heroes USA. (A video for the brand’s Operation Tailored Heroes recently showcased vets putting the suits, made from performance fabrics, through extreme workouts.)

Women are also beginning to appear in ads. “She is helping him make decisions, so we’re speaking to her in the advertising,” he says.

While the goal is to be able to serve every age group, “we are moving to focus more on Millennials,” adds Kat Shafer, senior Vice President and managing director, EP+Co. “Consumers are changing, and we’re supplying confidence for modern manhood. They’re different. They understand that a dad bod is acceptable and that clothes should fit the size of the man, not the other way around.”

The Fremont, Calif.-based retailer just reported results for its fiscal third-quarter, and while total sales fell 4.3% to $810.8 million, same-store sales eked out a small gain of 0.1%. At Men’s Wearhouse, same-store sales fell 1% , but Hershey says the campaign is bringing in new customers. Net earnings rose to $36.9 million compared to $28.4 million last year. And the company says that it cut total ad spending by $7 million, as it shifted from less broadcast TV to more digital media.