Omarosa Drama Proves Reality And Reality TV Are The Same 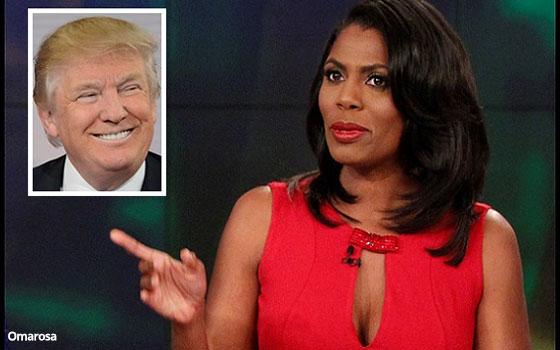 This is what happens when you put reality-TV stars in the White House -- they can only be dragged out kicking and screaming.

That’s how Omarosa Manigault (known more commonly as just "Omarosa") reportedly left the White House on Wednesday after she was apparently fired by chief of staff John Kelly acting on behalf of President Trump.

The manner of this exit -- whether accurate, hyperbolic or somewhere in between -- should surprise no one. Her hiring as a White House staff member in the Trump administration was doomed from the start.

It was always one of the nuttier moves to come out of this presidency. Omarosa was hired as director of communications in the Office of Public Liaison, a role for which she seems to possess no relevant past experience.

On the contrary, her qualifications (such as they were, or weren’t) seemed to spring chiefly from the president’s acquaintanceship with her stemming from Season One of “The Apprentice” in 2004 when she was one of the show’s inaugural contestants.

How her comportment on that show, and in her life since, convinced him that she would make a productive member of his administration is not fathomable.

On “The Apprentice,” she drew attention to herself, and garnered a generous share of the publicity that came out about the show in its first season, by applying a degree of ruthlessness to the way she competed.

At the time, it seemed as if she had studied a handful of past reality show contestants, most notably Richard Hatch, who worked a similar successful strategy for winning the first season of “Survivor” on CBS in summer 2000.

His strategy: Walk around naked and unnerve the other castaways. It worked. It’s doubtful that Omarosa walked around the Executive Mansion naked, but these days, anything is possible.

After her run on the first “Apprentice,” on which Trump fired her in the series’ ninth episode, Omarosa then went about trying to fashion herself as a media personality.

This effort reached a nadir of sorts in 2005, according to my vast personal archives of TV columns and news stories.

Following “The Apprentice,” Omarosa apparently didn’t feel the need to say no to any invitation to appear on any TV show no matter how ridiculous or demeaning it would be for anyone else, but not apparently to her.

One was “The Surreal Life” on VH1, in which a group of celebrity has-beens were challenged to live in the same house. Omarosa was in Season Five in the summer of 2005.

Here’s how I described an upcoming episode in which she would appear, probably after having seen the episode in advance of its airdate: “A future episode of this new ‘Surreal Life’ will feature its housemates -- including two of the biggest nut jobs ever seen on TV, Omarosa of ‘The Apprentice’ and Janice Dickinson of ‘America’s Next Top Model’ -- facing off in a bowling match against a team made up entirely of men and women with Down syndrome.”

Obviously, there is nothing wrong with staging a well-meaning TV-show segment about a bowling match featuring some really great people who just happen to have Down syndrome.

But “The Surreal Life” was anything but well-meaning. This was a show that in the previous season featured an episode in which actor Verne Troyer (better known as “Mini-Me” in the “Austin Powers” movies) was seen drunkenly urinating on the carpet in the house’s living room. And that was the season’s high point.

Later that same summer in 2005 Omarosa turned up again on TV -- this time playing the role of roving sideline reporter in a short-lived competition series on Bravo called “Battle of the Network Reality Stars.”

“Omarosa of ‘The Apprentice’ is even on hand as a sideline reporter -- a role that would seem to require no skill whatsoever, and yet she fails at it anyway,” I wrote at the time.

Her history since then seems to consist of a series of appearances on reality shows and short-lived talk shows (including talk shows hosted by Jeff Probst and Mo’Nique).

She was even on a reality show earlier this year -- TLC’s “Say Yes to the Dress,” in which she  was seen picking a wedding gown (various reports later said she was given the gown gratis in return for her appearance on the show).

In the context of her reality-show history, you might conclude that for her, working in the Trump White House was like participating on just another reality show -- like a political version of “The Apprentice.”

If that was the case, then the way she left the White House was highly appropriate and another illustration of how our culture has come to seem increasingly surreal as the lines between reality and reality TV continue to blur.