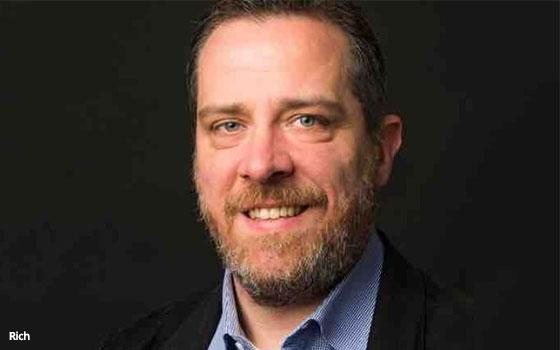 In a memo announcing his departure, Rich noted that the for-profit model of local journalism "is dead, and it’s not coming back." Rich said he witnessed this “firsthand” while editor-in-chief of the New York Daily News, where he worked for over a decade.

“All the remaining revenue streams in the news business are flowing away from the not-always-sexy work of covering the corruption-prone institutions of our city and state,” Rich wrote.

“Never has there been a more dire moment in the history of local journalism, and nowhere has this been felt more acutely than the media capital of the world, New York City,” he added.

Though not mentioned by name, Rich is likely referring to the abrupt shuttering of DNAinfo and Gothamist, two sites dedicated to covering local New York news, in November. DNAinfo billionaire owner Joe Rickets wrote on the site that "progress hasn't been sufficient to support the tremendous effort and expense needed to produce the type of journalism on which the company was founded.”

A few months earlier, the iconic alt-weekly paper Village Voice shut down production of its print edition to reallocate sources to its website.

Rich said his upcoming news outlet will “cover the city and state in the thorough, unflinching, yet fair and uncompromising manner the remaining publications either can’t or won’t.”

In his memo, Rich noted he agrees with Talking Points Memo founder Josh Marshall that “there are too many publications relative to advertising revenue.” But added he could "sit by no longer and hope that this problem will fix itself.”

This sentiment was echoed by Refinery29 co-CEOs Philippe Von Borries and Justin Stefano yesterday, when they announced the digital media company was laying off 34 employees to cut costs. “As dozens of content companies have been funded over the past 48 months, we’re seeing a correction in the digital media space,” they wrote in a memo.