Sex Harassment In The News: The Beat Goes On 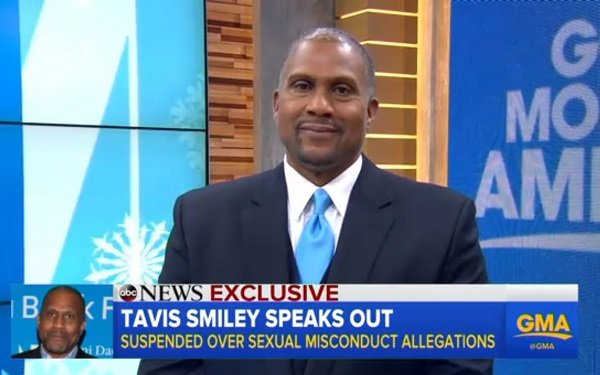 There appears to be no holiday respite in the offing for sex-harassment stories and headlines in the media.

This week, the ones most prominently in the news -- particularly in the trades -- are the stories surrounding Tavis Smiley, Mario Batali, and to a lesser extent, Rupert Murdoch.

Murdoch's in the news lately for agreeing to sell most of the company he spent his lifetime building to Disney -- a company that for most of his life was a bitter rival.

But in the midst of the coverage of this Fox-Disney deal, he apparently gave an interview in which he seemed to dismiss the sex-harassment accusations and reported payoffs at Fox News Channel as “nonsense.”

He was pilloried, of course, in the court of public opinion -- aka social media. But his company’s p.r. department eventually issued a statement that somehow sought to “clarify” what he meant and the story died down (at least yesterday, on Monday afternoon).

That's what has happened frequently in the sex-harassment story cycle. There are so many stories breaking all the time that some get subsumed by other ones.

For example, Tavis Smiley was on “Good Morning America” Monday morning to do an interview about the sex-harassment allegations that swamped him last week. His appearance on “GMA” drove him to the top of the sex-harassment news list, at least for one day.

First, PBS dropped Smiley's nightly show, Walmart either dropped its financial support of the show (or was close to it), some kind of one-man show he was planning to tour with next year was cancelled and a publishing imprint he apparently has was also shut down --- all in response to charges whose nature, not to mention the evidence to back them up, have not yet been revealed.

To this credit (unless it backfires and blows up in his face), Smiley is mounting a vigorous defense of himself -- saying he engaged in a relationship with a co-worker (I think he is admitting to just one) but denying that he did anything to violate any standards of conduct laid down by PBS or anyone else.

On “GMA” and in a video he made and posted on Facebook, Smiley says he feels PBS rushed to judgement and gave him no opportunity to give his side of the story at all.

At times, this does seem to be a recurring characteristic of some of these sex-harassment stories. No sooner does an allegation surface than the accused is almost instantly swept out the door and all trace of him erased from the company's Web site.

The swiftness of it is so breathtaking that some may wonder whether some companies are making snap decisions without sufficient proof or examination of the facts. In his own case, Smiley seems to think so.

Meanwhile, I went in search of a Mario Batali picture from “The Chew” on the ABC press site reserved for journalists on Monday and I actually found one which, upon reflection, seemed like it may have been an oversight, since the rest of the “Chew” site had been completely scrubbed clean of Batali’s former presence.

Batali was dropped from “The Chew” -- the ABC daytime talk show with one of the worst titles in all of television -- after he was accused of touching various female associates “inappropriately.” He issued an apology of sorts and then reportedly reiterated it in an email he sent to subscribers to an email newsletter he maintains.

However, opinions might differ on that. And besides, this year's tsunami of sex-harassment charges and counter-charges is still such a new phenomenon that the rules of etiquette, such as they are, are still very much in flux.

Perhaps in the coming year, we can get some clarification on the appropriateness of a cinnamon roll recipe tacked onto the end of a sex-harassment apology.

Until then, I hope this is the last TV Blog of 2017 about sex harassment (but don't bet on it).

tv
1 comment about "Sex Harassment In The News: The Beat Goes On".
Check to receive email when comments are posted.
Next story loading