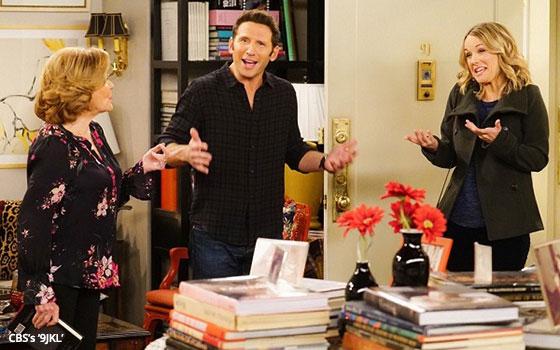 A columnist faced with drawing conclusions about the year gone by inevitably looks for a common theme in which to wrap things up, but I’ll settle for a series of recurring adjectives.

Looking back on the reviews of 2017, I find a preponderance of TV Blogs in which the following words were applied to describing a host of shows that premiered this year: “Dreary,” “loathsome,” “unpleasant,” “ugly,” “depressing,” “disgusting” and “meaningless.”

The application of these words and others like them in review after review comprise a theme of sorts to much of this year's TV reviews, in which time and time again I somehow felt the need to point out how sad and violent TV has become.

This was the “Fargo” in which Ewan McGregor played two brothers. This show was ugly, gratuitously violent and unrelievedly disgusting -- basically all the adjectives listed above, many of which I used in the columns I wrote about this dreary, depressing TV show.

But that was far from the only drama to be described that way. Others included “Happy” on Syfy about a deranged ex-cop who kills everyone he meets and “Damnation” on USA Network, about various people who kill a lot of other people in the Great Depression of the 1930s.

Other dramas that deserve mention as the year's worst included “The Deuce” on HBO, a dreary drama about pimps and hookers in 1970s New York (thanks for the memories) and “Ten Days in the Valley” on ABC about a Hollywood screenwriter (played by Kyra Sedgwick) with addiction issues whose child suddenly disappears. That's entertainment? Answer: No.

Of course, not every show earning a place on our year’s worst list needs to be violent. They can just be inept such as “Will” on TNT, the lame-brained drama about the young William Shakespeare.

“Wisdom of the Crowd” on CBS, which starred Jeremy Piven as a tech genius who turns ordinary people into vigilantes with smartphones, was wholly unbelievable. “Marvel’s Inhumans” on ABC was, simply put, the worst of all the new network dramas that premiered last fall.

On the comedy side of things, at least two new CBS comedies vied for the Worst Comedy of 2017, but “9JKL” beat “Me, Myself & I” by a hair. “9JKL” is the sitcom starring Marc Feuerstein as a man who lives in a New York apartment between his meddling parents and his brother. Whoever approved this thing for airing on CBS ought to have his or her head examined.

The same goes for “Me, Myself  & I,” which was about three portions of a man’s life -- youth, middle age and older age. The only problem: Middle-aged Guy was played by Bobby Moynihan and Older Guy was played by John Larroquette, who is something like a foot taller than Moynihan. So what happened to this guy? Did he grow a foot between the ages of 40 and 65?

Also making the list of worst comedies: The CBS All Access original called “No Activity,” a show about cops on a stakeout that was so dull it was as if the show's writers couldn't be bothered to give their characters anything to do.

Also making the “worst” list: “At Home with Amy Sedaris” on TruTV, a spoof of public-TV cooking and home shows that was so irritating it should be given as a gift to people you hate.

Dishonorable mentions for worst shows of the year also include the dramas “Doubt” on CBS and “Victoria” on PBS’s “Masterpiece” (hands down the dullest TV show I watched all year); and the comedies “Great News” and “Trial & Error” on NBC, and “Imaginary Mary” on ABC (especially that one).

Perhaps the most disappointing show all year was the much hoped-for swimming race between a shark and Michael Phelps that kicked off Shark Week last summer on Discovery.

It turned out that it was logistically impossible to set it up so the shark and Phelps would actually be racing in adjacent lanes in a regulation Olympic-sized pool like I assumed they were going to do based on the publicity from Discovery.

As usual, the joke was on me.