Persistent Power Of Press Borne Out By Recent Events 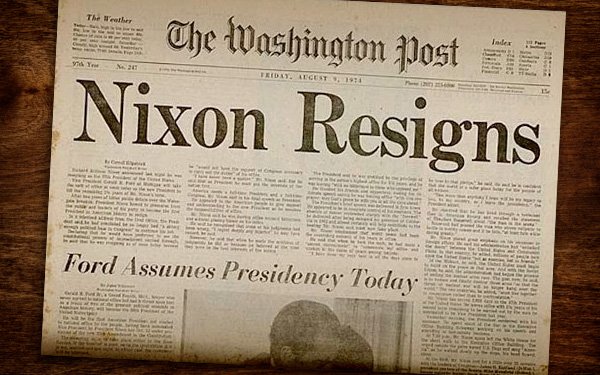 Remember (or Google it, if you don't) the Watergate hoopla, when the press had enough power to help topple a U.S. president?

We can only hope history will repeat itself.

Though hampered by significant challenges, most giants of legacy journalism survive — and have become more powerful in recent months. The press has seriously impacted an election and, perhaps, begun to help loosen the pillars of institutional sexism.

Consider the recent defeat of a U.S. Senate candidate widely regarded as a shoo-in for a seat stuck in the Republican column. If The Washington Post hadn’t reported the first stories about Roy Moore’s sexual misconduct, mainstream Republicans wouldn’t have turned against him. It got so bad Alabama’s senior GOP senator, Richard Shelby, refused to vote for Moore, writing in a “distinguished Republican” instead.

Press scrutiny of Moore ramped up to focus on his racism, too.

Of course, the theme of sexual misconduct has intensified to become a tsunami of accusations against many people in different industries. But don’t forget that legacy media started it all: The New York Times and The New Yorker published the first reports on film exec Harvey Weinstein’s longtime pattern of sexually abusing and harassing aspiring and well-known actresses.

The story keeps deepening, as New York magazine’s Rebecca Traister writes in her thoughtful piece, “Your Reckoning. And Mine.” “Really powerful white men are losing jobs — that never happens. Women (and some men) are breaking their silence and telling painful and intimate stories to reporters, who in turn, are putting them on the front pages of major newspapers.”

Another big player in the coverage of the #MeToo movement, entertainment trade journal The Hollywood Reporter leveraged its insider POV and became the source of a series of first-person stories written by women calling out various entertainment icons for sexual misconduct, from Dustin Hoffman to Russell Simmons.

The Times also published its share of first-person exposes — most recently, another takedown (quite devastating) of Weinstein by actress Salma Hayek — and is moving beyond reports of harassment in high-profile professions to more blue-collar ones, as in a story about two Ford auto plants. (The Times grappled with accusations against its own political reporter, Glenn Thrush, as well.)

“Letting all this out is undeniably exciting,” as Traister writes — but also undeniably upsetting. Now we have a double reason to dread the latest news reports, not only flinching from the stupidities of the White House and Congress, but also sexual predators and misogynists.

As an antidote, we can look to the power of the press to move beyond doom and gloom and raise our spirits. In that vein, a toast to New York’s annual compendium of “Reasons to Love New York,” which in 2017 highlights 344 attempts “to prove it hasn’t been such an awful year after all.” The list includes all kinds of fun, heartfelt, and/or bad-ass moments. Like these:

“Because during the Penn Station crisis, a Long Island bar let riders trade their tickets for cocktails.”

“Because after the Mets lost to the Brewers, Mr. Met flipped the bird to a hectoring fan.”

“Because Gray Davis, an American Ballet Theatre dancer, leaped onto the tracks to save a man who’d fallen off the platform at 72nd Street.”

Or check out the trailer for "All The President's Men" for a quick reminder of that giddy time when the press's power to take down the bad guy played like a thriller.