In Electronics, Target And Walmart Topping Amazon And Best Buy 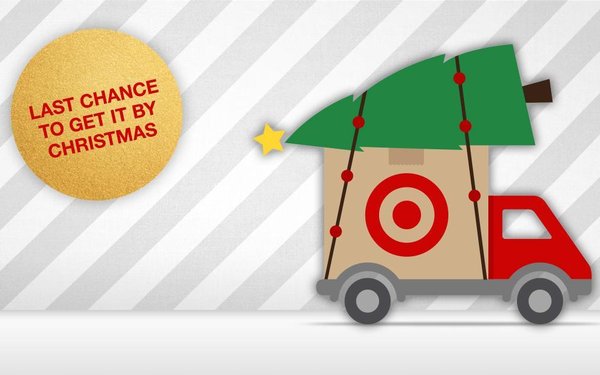 It wasn’t your imagination. Over the Black Friday weekend, you likely were pummeled with promotional messages from Amazon and Best Buy, offering great deals on popular consumer electronics items. But a new analysis from Market Track and InfoScout shows that while Amazon and Best Buy won the share of voice battle for that critical period, Target and Walmart ka-chinged their way to the biggest share of wallet.

Target, in fact, earned a 22% total share of the electronics wallet for the weekend, even with Amazon. But Walmart walloped them both, with 43%. “While Amazon certainly dominates the online channel when it comes to online promotions and share of wallet, that’s not quite telling the full story,” says Market Track, in its analysis. “Looking at the total retailer share (weighted for relative channel contribution), Walmart’s total share of wallet is nearly double that of its nearest competitor. Adding the next two competitors (Target and Amazon) is almost equal to Walmart’s share.”

The research compares Market Track’s analysis of promotion data to numbers it gathers from InfoScout, which looks at data it collects from a panel of some 300,000 shoppers, who take pictures of their shopping receipts on a daily basis.

Still, there’s no escaping Amazon’s crushing power. “That Amazon captured 11 times the share of wallet that Best Buy did over Black Friday weekend, despite Best Buy owning 52% of electronics share of voice in print promotions and nearly 20% share of voice online, exemplifies the struggle major specialized retailers are going through,” writes Ryne Misso, director of marketing at Market Track. “The Best Buys, Macy’s, Kohl’s, and Staples of the world have an uphill battle ahead to find points of differentiation that will resonate enough with consumers to have them forego what is becoming the ‘default’ option of buying from Amazon or Walmart.”

In another analysis of ad effectiveness, YouGov says Walmart, Target, and Best Buy continue to have the highest consumer ad awareness among retailers this holiday season, as they did a year ago, with 54% of U.S. adults having seen a Walmart ad in the last two weeks, followed by Target (48%) and Best Buy (40%.)

But Walmart is the only retailer to have been able to shift its value perception higher, in comparison to last year.

And many big-name stores have lost awareness this year, including Macy’s, Toys R Us, Sears, Kmart, Neiman Marcus and Bloomingdale’s.

1 comment about "In Electronics, Target And Walmart Topping Amazon And Best Buy".
Check to receive email when comments are posted.
Next story loading