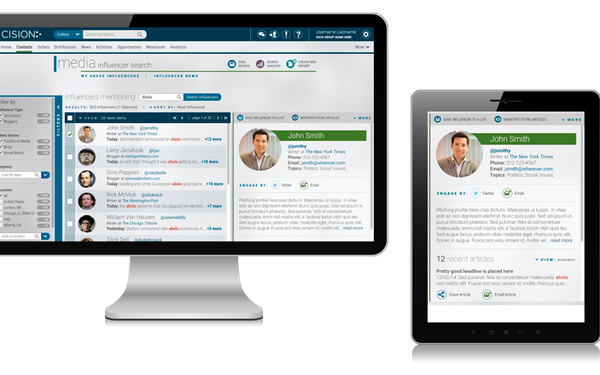 Cision, publisher of databases for public relations and marketing communication professionals, has acquired Prime Research, a company that measures and analyzes the impact of PR and so-called “earned media” across social, digital, print and broadcast.

Terms of the deal were not disclosed, but Chicago-based Cision has more than 3,000 employees among its offices globally and Germany-based Prime Research has more than 700 employees with offices in the U.S., the U.K., Brazil, China and Switzerland.

"Earned media often receives less budget than paid and owned media due to the inability to quantify the value of communications and PR programs," Cision CEO Kevin Akeroyd said in a statement explaining its acquisition of Prime Research, which provides real-time monitoring and analysis of the impact of PR and earned media programs for many of the world’s largest brands.

The transaction is expected to close in January.