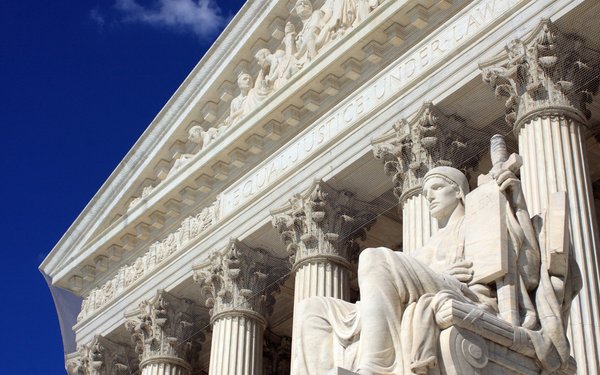 A prominent critic of class-action settlements is asking the Supreme Court to decide whether Google should have been allowed to settle a privacy lawsuit by donating more than $5 million to nonprofits.

Theodore Frank, an activist who founded the Center for Class Action Fairness, argues that the settlement should not have been approved because it doesn't compensate Google users.

A "class action settlement that awards absent class members no relief at all in exchange for their claims -- no money, no alteration of the defendant’s allegedly injurious conduct, not even coupons -- is not 'fair, reasonable, and adequate' by any measure," Frank's lawyers argue this week in a petition asking the Supreme Court to review the settlement.

The settlement stemmed from a 2010 lawsuit alleging that Google violated users' privacy by including their search queries in "referer headers" -- the information that is automatically transmitted to sites that users click on when they leave Google. Some queries, like people's searches for their own names, can offer clues to users' identities. (Google no longer transmits search queries when people click on links in the results.)

Google resolved the case by agreeing to pay $5.3 million to six nonprofits -- Carnegie Mellon University, World Privacy Forum, Chicago-Kent College of Law, Stanford Law, Harvard's Berkman Center and the AARP Foundation. The deal also calls for Google to pay more than $2.1 million to the attorneys who brought the lawsuit, with the remainder of the settlement fund going to court costs.

A three-judge panel of the 9th Circuit Court of Appeals upheld the settlement in August, rejecting Frank's attempts to vacate the deal. Frank unsuccessfully argued that some of the nonprofits slated to receive funds had prior relationships with Google as well as the lawyers representing the consumers.

The activist now wants the Supreme Court to set new ground rules governing companies' ability to settle class-actions by making donations to charity. Those types of settlements have occurred in other privacy lawsuits against tech companies. Among other examples, Google recently agreed to donate more than $3 million to to six schools and nonprofits to resolve a class-action alleging that it violated Safari users' privacy by circumventing their no-tracking settings. (Frank recently brought a separate challenge to that settlement.)

Frank argues to the Supreme Court that companies including Google and Facebook have been able "to structure settlements to minimize costs or even benefit themselves" by agreeing to make donations to charities. For instance, the petition says, both companies have agreed to settle prior privacy cases by making donations to the Electronic Frontier Foundation -- an organization that often supports tech companies on policy questions.

"Even if class action defendants like Google and Facebook ultimately receive no direct benefit ... they still are able to take credit for their charity," he argues.