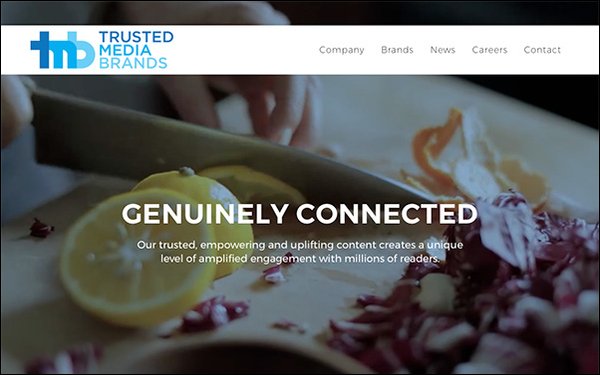 The company has transformed itself into a digital-first multimedia outlet over the past two years. In 2017, TMB added 10 million unique viewers to its 2016 totals, reaching a record 63.2 million UV. According to comScore reporting, TMB now ranks among the top 25 digital lifestyle networks.

Vince Errico, Chief Digital Officer, attributes the company’s growth to efforts made to improve its digital network over the last year. By bringing in editorial teams with extensive digital experience, the company was able to target potential readers.

TMB attributes 82% of its traffic to mobile devices, which translates to four out of every five viewers. Errico says this ratio is partly due to the high number of millennials in the company’s audience. This year, Taste of Home, which witnessed the most significant growth across company brands, counted 12.8 million millennials among its audience, reflecting a 12% growth from 2016.

TMB saw record time spent by readers on its digital sites in 2017, with visitors spending an average 46 minutes per issue in comparison to an average 38 minutes recorded by its competitors.

As a result, digital advertising has increased by 13%. The increase in readership has allowed TMB to begin targeting specific readers with appropriate advertising, due to a larger data set.

Errico says: “From a product sales perspective, we now have large enough audience size to create and sell new digital products directly to consumers based on specific audience segment needs, not a ‘one-size-fits-all’ approach.”

The increase in readership has also put the company and its brands on the radar of advertisers that may not have paid attention in the past.