Sales Outlook At CES: 44 Million Smart Speakers To Sell In U.S. This Year 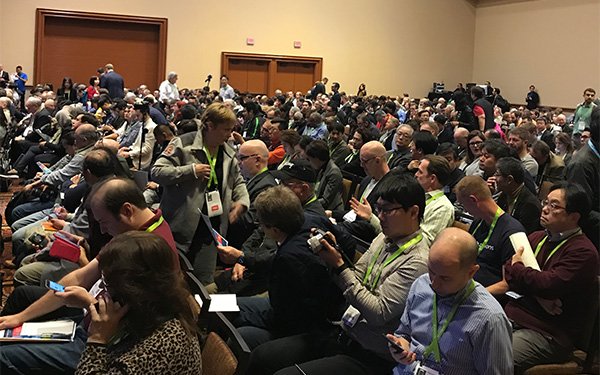 Emerging technology is about to drive the U.S. consumer technology industry to $351 billion in retail sales this year, 4% higher than last year, according to new industry research.

As a kickoff to the opening of every annual CES mega-event in Las Vegas, the Consumer Technology Association (CTA) lays out its semi-annual research showing what the market looks like for the next year, and this year appears to be a blockbuster in the making.

One of the hot growth areas is smart speakers.

Smart speaker sales are projected to grow even more later, to 57 million units being sold next year.

Consumer spending on music and video streaming services, including Netflix, Hulu and Sling TV, is projected to pass $19 billion this year, 35% higher than last year.

Steve Koenig, senior director, research, at CTA, who presented the forecast to a packed arena at Mandalay Bay, said the smart speaker market is the hot category to watch for the year.

Smart speakers also will have a ripple effect on smart homes, as consumers discover the benefits of voice-activated automation, according to CTA, which projects sales in the category to reach 41 million units this year, earning more than $4 billion, a 34% increase.

Sales increases in other IoT categories were projected as well.