'Washington Post' To Expand Newsroom After Second Year Of Profits 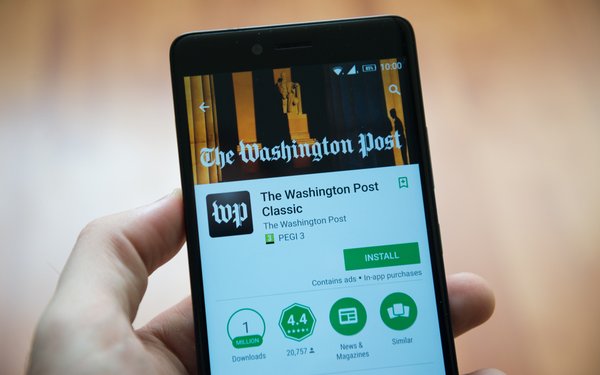 After closing its second year of profits, the 140-year-old The Washington Post is poised to expand its newsroom and business operations.

The combination of record subscribers and advertising dollars position the paper for further expansions, which includes acquiring more space in its building to accommodate a growing newsroom of more than 800 employees. The additional space will also provide more room for in-house operations, such as digital publishing arm Arc.

Arc Publishing offers a range of tools like Websked, a scheduling, budgeting and planning tool, while PageBuilder, which streamlines the addition of non-writing elements to a news story, is used by more than 50 other websites.

“The partnership between news and technology is powering our growth and, through Arc, our engineers are now delivering technology solutions to a growing list of leading national and international publications,” Ryan stated.

Since the paper was purchased by Amazon CEO Jeff Bezos in 2013, the business and technology sectors of the paper have taken new precedent.

Ryan cited initiatives with Apple News, Snapchat and others as ways the paper has expanded its readership and storytelling capabilities. He also noted the company prints “nearly every major publication in the Washington region.”