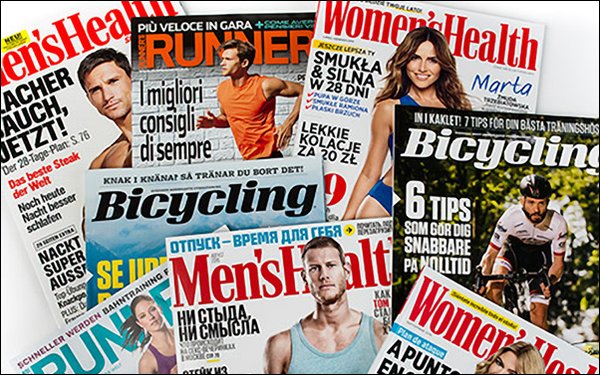 On Tuesday, Hearst announced it had completed its deal to acquire health and wellness publisher Rodale.

The deal, in which terms were not disclosed, adds a stable of wellness titles to the media giant, including Prevention, Men’s Health and Runner’s World, which publishes 62 print and 57 websites in 31 countries, in addition to its U.S. print and digital editions.

Following the acquisition, Hearst will become the publisher of 20 titles in the U.S. and nearly 300 globally, including print and digital.

Layoffs in Pennsylvania are expected to include non-editorial Rodale employees in billing, finance and information technology, in addition to digital producers and photo studio staff. Those affected were notified during the integration process.

Other Rodale alums received key positions at Hearst. Ronon Gardiner, who was chief of advertising at Rodale, has been appointed vice president and publishing director of Men’s Health, Bicycling and Runner’s World.

David Zinczenko, who was named editor in chief of Men’s Health at the age of 30, a position he held from 2000 to 2012 before an abrupt departure, has returned to the title to serve as interim editorial director.

A few high-profile shifts were reported in the merger.

Amy Keller Laird, editor of Women’s Health at Rodale, will be replaced by Liz Plosser, as the health title joins Hearst’s Young Women’s Group which includes titles like Cosmopolitan and Seventeen.

Jane Francisco editorial director and Good Housekeeping Editor-in-Chief for Hearst, will oversee Prevention as it joins the Women’s Lifestyle Group.

One wildcard remains: Organic Life, a publication focused on gardening, well-being and the home, which went digital only last year, was not mentioned in news releases and its fate is uncertain.