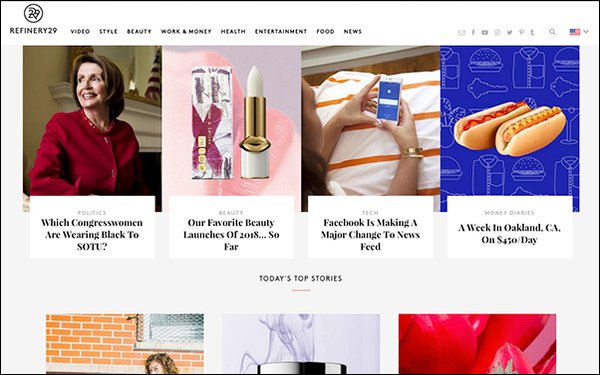 The data revealed that of readers who visited a favorite site monthly on average, more than half visited at least once a week.

Group Nine, home to NowThis, The Dodo, Seeker and Thrillist, formed less than a year ago, reports reaching 81% of Americans in their 20s. According to the report, the media company’s viewers consume nearly 1 billion minutes of content across its brands.

Mic and VIX also showed strong numbers were. Mic, home to modern and diverse storytelling, counts 40 million unique viewers per month, reaching over one-quarter of people between 21-34 in the United States. While VIX, a multicultural digital media brand, counts women as 62% of its audience, reaching over 40% of adult women between 18 and 49 in the U.S.

Nielsen cites the websites’ engaging video format and ability to reach niche audiences among their strengths in attracting and keeping a wide audience.

The findings were compiled in October 2017.