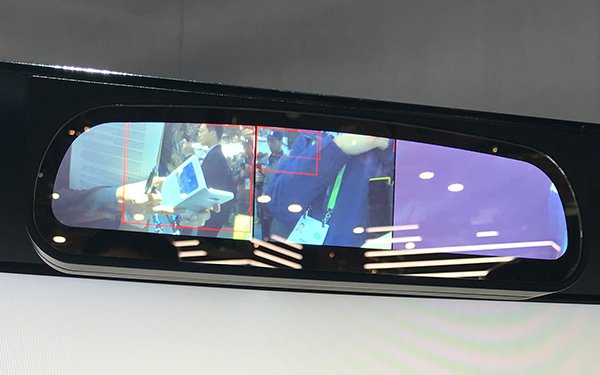 There were many new products as well as concepts shown at CES in Las Vegas this week.

One of the concepts shown involved the connected car.

Screens in cars have been evolving over the years as more entertainment and car-function features get incorporated into them.

Harman, a Samsung company, has been pushing forward with car connectivity and had several vehicles on display.

At the back of the massive Samsung booth in the central hall was a car dashboard display with new features.

In place of the traditional rear-view mirror in the center of the windshield, there was a screen, similar in shape of a mirror. The side mirrors also were gone.

In place of the mirrors were three cameras and one display.

Under normal driving conditions, the display would cover 150-degree side and rear views and automatically stitched images from three cameras, providing a wider view than a mirror, according to the display description.

In lane-changing mode, when a turn signal is on, the side-view part of the entire display increases by 50% to help the driver change lanes.

When the car is in reverse, the rear-view portion of the entire display increase by 50%.

No word on details of the screen-mirror timeframe.