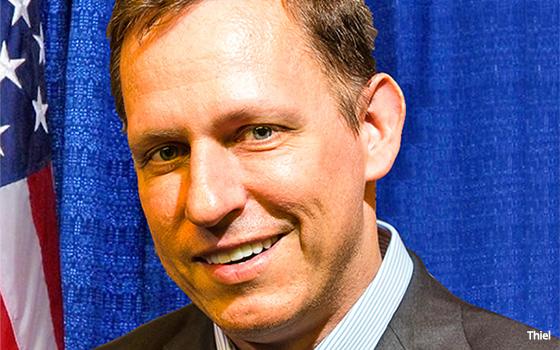 More than a year after Gawker was shuttered, following a lawsuit funded by Peter Thiel, the cofounder of PayPal, is making an offer to buy the former media news site’s remaining assets. Thiel was also one of the first major investors in Facebook.

The move is an effort to bypass legal proceedings and rival bidders, according to Reuters, which first reported the news.

Gawker’s remaining assets include its domain name and close to 200,000 archived articles.

The move suggests Thiel is not done with squashing Gawker, which was founded by Nick Denton. Thiel funded a lawsuit against Gawker brought on by former professional wrestler Hulk Hogan, after the site published a sex tape featuring Hogan. Hogan won a $140 million judgement against the site and settled for $31 million.

Thiel seemed eager to get back at Gawker after the site published a story about his homosexuality in 2007.

It is likely an acquisition of Gawker’s remaining assets would allow him to remove any stories related to him that remain on the site.

Multiple bidders have submitted offers for Gawker's assets. Gawker’s bankruptcy plan administrator Will Holden will choose a winner soon. According to court papers obtained by Reuters, Holden is trying to block Thiel’s bid.

Gawker Media sites Jezebel, Gizmodo, Kalopnick, Deadspin, Lifehacker and Kotaku were swooped up by Univision in 2016 for $135 million.

Terms of the Univision sale restrict new articles from being published on Gawker until March 9, according to Reuters.

A group of former Gawker employees hoped to save the site themselves, launching a Kickstarter campaign in hopes of raising $500,000. But the group only managed to reach $90,000 before abandoning their effort to bid this week.