Reporter's Notebook: On Board A Norwegian Cruise During False Missile Alert 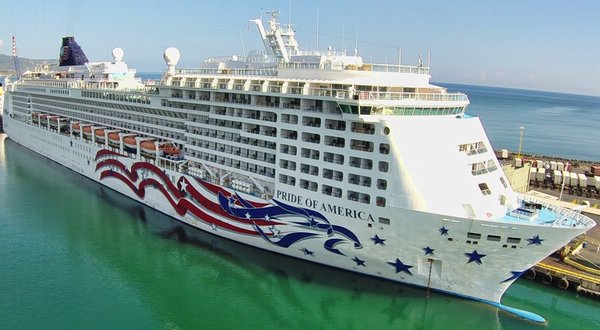 HONOLULU — An eerie silence fell over the Norwegian Cruise Line’s Pride of America after hundreds of phones sounded an alarm to signal a text stating that a missile was headed for Hawaii from North Korea. The ship had just arrived to the port and passengers had been disembarking for about 45 minutes.

There was no panic or chaos on the ship, which held several thousand passengers (including this MediaPost reporter) who had just finished a seven-day cruise to five ports on four of the Hawaiian islands. Soon after the alert, an announcement was made on the public address system that the ship had stopped the disembarkation process while the crew investigated the validity of the alert and that passengers should stay where they were. The crew reassured passengers they were safe and everyone seemed to believe it, or else were too shocked to question it.

My reporter’s instincts kicked in immediately and I used my cell phone to try to find sources of information about the threat online at major news outlets. It was perplexing that my searches were fruitless for 20 minutes or more. The only hits I got were stories from December that discussed how sirens were being tested that hadn’t been used in 30 years. No sirens were sounding Saturday. The first online information I was able to find about the situation was via Twitter. But it wasn’t news -- it just confirmed that the text message had been distributed widely.

The ship alerted passengers via the PA system that the phone alerts had been false even before the cancellation text was sent to cell phones. Disembarkation had resumed for 10 minutes by the time the second text was sent.

One cruise passenger in the restaurant in which I was finishing my breakfast joked that we should all grab a few more croissants from the buffet because if we really were going to die, we ought to die with a full stomach. Ironically, the music playing for part of disembarkation was “Gangnam Style” by Psy, South Korea’s one-hit wonder of 2012.

Just as there had been in other ports, there were crew members dancing at the end of the gangway to welcome passengers. The Norwegian crew did their best to lift the spirits of its shaken guests so the cruise didn’t end on a sour note.

It remains to be seen whether Hawaiian tourism — or for that matter, travel to West Coast destinations — will be negatively impacted by the occurrence.