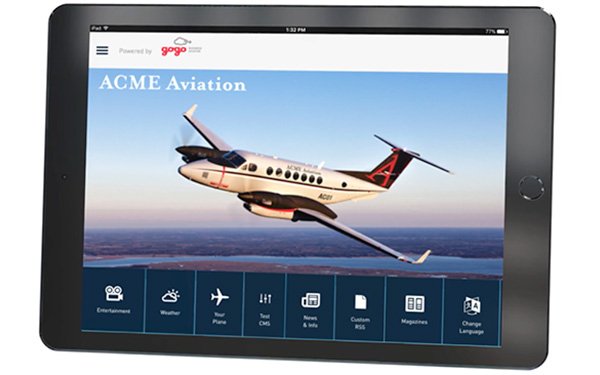 Gogo Business Aviation, a pioneer in in-flight entertainment services, founded in 1993, announced the inclusion of 30 new magazine titles and Bloomberg News to its stable of onboard editorial offerings for its business jet customers.

Powered through digital magazine platform Zinio, Gogo now offers titles such as Wine Spectator, Newsweek, Wired and Forbes, hand selected by customers and the people at Gogo on its Gogo Vision app.

Zinio enables magazine publishers to upload content once and publish it anywhere, allowing new readers to discover a stable of magazines, and enabling Gogo to offer an entire magazine catalog through a single platform.

Passengers have access to the current issue of featured magazines, as well as the latest back issue.

The addition of Bloomberg News makes available a wide array of global news stories to passengers, including top business and finance stories from Asia, Europe, the Middle East, Africa and the U.S.

Airlines have access to a variety of plans offering video and music, beyond editorial content, allowing them to offer a one-stop destination for in-flight entertainment.

Gogo partners with 17 business jet operators including Delta, Virgin, American Airlines and Air France. The content on the Gogo platform is available in various languages, including Arabic, French, Russian and Spanish.