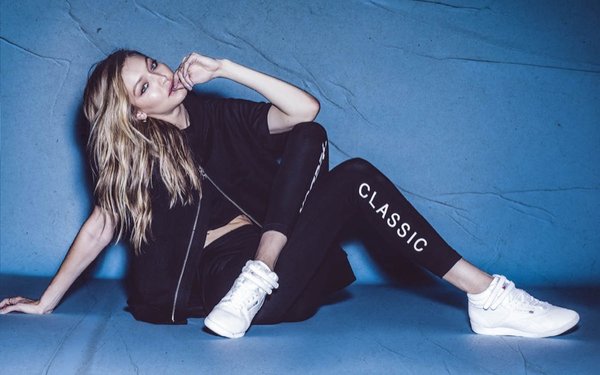 Reebok is looking to beef up its appeal in the still-hot leisure shoe category, launching an “Always Classic” campaign celebrating a group it calls “the outliers of music and style.”

While the four shoes themselves have their roots in the 1980s, the new campaign draws heavily on positioning developed in the 2000s, says Todd Krinsky, general manager of Reebok Classics. “It’s allowed us to be topical in pop culture, whether it’s working with big celebrities like Gigi Hadid, right down to small street artists.” And it also draws on ’90s nostalgia, “right down to colors and ’90s hip-hop. Even if young people didn’t grow up on it, they’re inspired by that innovation and gravitating toward those silhouettes.”

He says that while retro styles, in general, are a major trend now, this kind of mash-up has broad appeal to the nonconformists in its Millennial audience, who are looking for style cues that are both disruptive and authentic. “That’s what ‘Always Classic’ means to them. They appreciate it and respect a brand’s heritage, but they want to shake it up. So brands are figuring out new ways to modernize. They’re not so precious with their logos, for example.”

The ads, from Roundhouse in Portland, Ore., are running digitally, on the brand’s e-commerce site and in social-media channels.

But the biggest soft spots in the industry have been performance shoes, particularly in the running and basketball categories. Sales of athletic leisure shoes, a category that includes the Reebok Classics, are red-hot: The NPD Group reports that sport leisure, which is the biggest segment in the world of sneakers, saw a sales jump in the mid-teens in the third quarter.

Krinsky tells Marketing Daily Reebok plans to keep this campaign going for some time. “This is going to have some real sustainability. We want to own the word ‘classic,’ showcase our great product, and plug and play different partners in, keeping it very clean and visual. We feel we can run it for a very long time.”