Is Fox News 'State-Run TV? If So, Which State Is Running It? 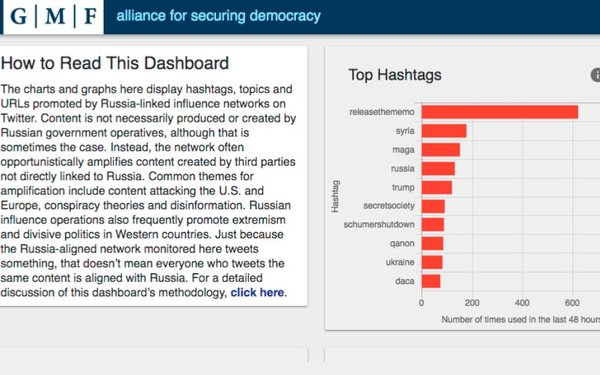 “Good evening, everybody. It may be time to declare war outright against the deep state and clear out the rot in the upper levels of the FBI and the Justice Department.”

That’s how Fox Business Channel host Lou Dobbs opened his segment Tuesday, calling on his viewers to prepare for war against our nation’s top law-enforcement agency and our justice system.

It isn’t unusual for Fox News channels to use flaky conspiracy theories to rabble rouse -- it has been a key part of their ratings success, providing a steady diet of raw, unexpurgated meat to their base. But what makes Dobbs' declaration of war so unsettling is that it coincides with a renewed bout of Russian active measures to help spread the same dissent.

“These recent Russian efforts are intended to influence congressional action and undermine Special Counsel Mueller’s investigation, which has already resulted in the indictments of two Trump campaign officials and guilty pleas from two others, who are both now cooperating with prosecutors,” the Congressmen wrote in a letter sent to the CEOs.

He added: “It is critically important that the Special Counsel’s investigation be allowed to proceed without interference from inside or outside the United States. That is why we seek your assistance in our efforts to counter Russia’s continuing efforts to manipulate public opinion and undermine American democracy and the rule of law.”

While it’s unclear who first initiated the #ReleaseTheMemo campaign -- a hashtag spreading support to release a memo written by House Intelligence Committee Chairman Devin Nunes that purportedly outlines surveillance activities by the Obama Administration during the Trump Administration’s transition period -- what is clear is that Russian operatives have been extremely active promoting it.

According to Hamilton 68, a real-time dashboard tracking Russia-linked influence networks on Twitter, #ReleaseTheMemo is the top-trending hashtag among those Twitter accounts.

I understand why Fox promotes inciteful, conspiracy themes. It’s good for ratings. But it’s one thing for a national news media outlet to promote the President’s agenda. It’s quite another thing for it to promote Russia’s.

Dobbs was not alone. Similar themes about a “deep state” conspiracy in the FBI and Justice Department have been routinely promoted by Fox News franchise players Sean Hannity, Jeanine “Judge” Pirro, Jesse Watters and Tucker Carlson.

So if Fox News is, as some critics suggest, “state-run TV,” I have to ask, which state are they being run by?

“Declaring war” on the FBI and Justice department doesn’t seem responsible to me for any news organization, even one on the radical conservative fringe. It is dangerous. It undermines our criminal justice system. It undermines our society and sows division. And who is that in the best interest of?

I’m thinking a lot about Fox News this week, because WPP’s Y&R just released a new installment of its famed BAV (Brand Asset Valuator) research showing that the USA has fallen as a national brand, and that Trump and Putin rank lowest among world leaders.

What’s the connection to Fox? For me, it is a personal one. Back in the late 1990s when I was editing The Myers Report, Y&R provided me with exclusive access to the first ever BAV analysis of “media brands.” Among “news brands,” it found that Fox was the strongest. The irony was that Fox didn’t have a national news brand -- yet.

What I didn’t know was that Roger Ailes was just about to launch the Fox News Channel, and he used The Myers Report and BAV to promote it and to craft its seminal positioning statement: “The Most Powerful Name In News.”

Ailes is gone and a new team is running Fox News. But they don’t seem to understand that with great power comes great responsibility. What they’re doing isn’t just irresponsible, it is reckless and a danger to American democracy.

Lastly, on a related theme, I’d like to point out that this evening, MediaPost will be bestowing our annual Agency of the Year Awards in New York City. This year, we added a special category recognizing the “Media Disrupter of the Year,” bestowing it on Russia’s Internet Research Agency, not necessarily because they did something good, but they did meet our criteria about having a strategic vision and innovating the marketplace.

You can read that profile below in this newsletter or by clicking here. 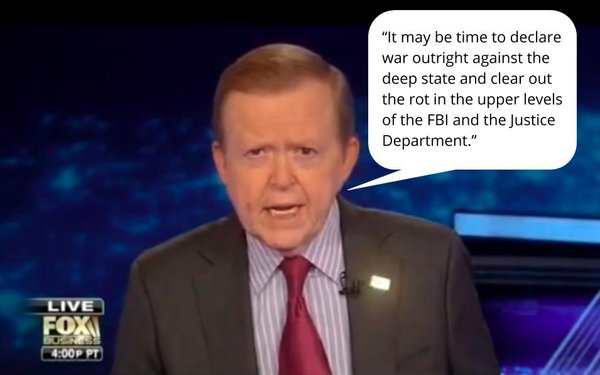 legal, politics, russia, tv
13 comments about "Is Fox News 'State-Run TV? If So, Which State Is Running It?".
Check to receive email when comments are posted.
Read more comments >
Next story loading