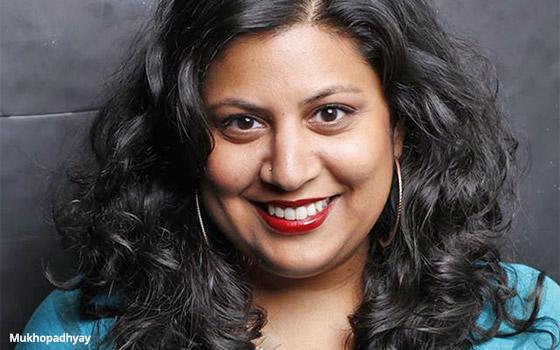 Mukhopadhyay was previously the senior editorial director of culture and identities at millennial-focused Mic. Her experience leading the site’s coverage on topics like Standing Rock, Islamophobia, the Black Lives Matter movement, trans issues and college sexual assault is a logical fit for Teen Vogue.

“I am deeply impressed with Teen Vogue’s coverage of the most important issues impacting young women’s lives today ...” stated Mukhopadhyay. She added she want to  “expand and deepen its coverage on everything from body positivity, fashion, pop culture, Black Lives Matter, college sexual assault and more.”

Last month, Picardi was named Chief Content Officer at the Condé Nast publication, where he was previously digital editorial director.

That role is now the most senior at the publication, after Condé Nast removed the editor-in-chief position at Teen Vogue, following Elaine Welteroth’s exit in January.

Mukhopadhyay has also served as executive editor of Feministing.com and is the co-editor of "Nasty Women: Feminism, Resistance and Revolution in Drumpf's America" and author of "Outdated: Why Dating is Ruining Your Love Life."

DeLuca will manage sales, marketing, customer experience, talent development and new initiatives to support the development of Hearst’s digital and print teams. He will continue to oversee LocalEdge.

“This move underscores Hearst’s commitment to further our reach in Texas,” stated Hearst Newspapers president Mark Aldam. “In his new role, John will spearhead our continued investment in Texas markets, while expanding our media assets into new local communities.”

McKeon will assume responsibility for the seven daily and over 30 weekly newspapers that Hearst publishes across Texas, as well as the 24 associated digital businesses in the state.

McKeon has served as president and publisher of Houston Chronicle since 2015. In 2016, Hearst acquired Houston Community Newspapers, and McKeon led the integration of the teams behind its 22 local titles into Hearst Newspapers.
magazines, management, online publishing
Next story loading