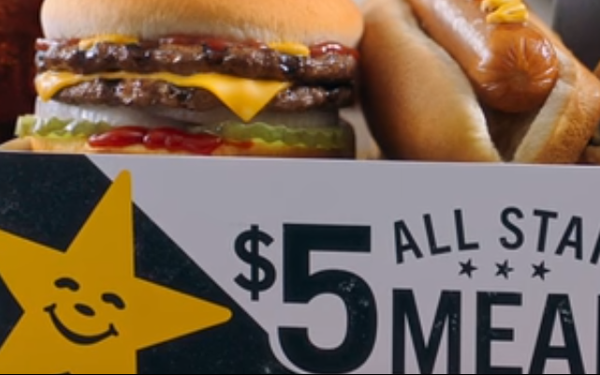 Parent company CKE Restaurant Holdings is overhauling these two chains under a new leadership team hired within the past year. Chief executive officer Jason Marker and chief marketing officer Jeff Jenkins are continuing to shift these brands away from their quirky and sex-fueled advertising messages to instead focus on quality and hand-made process.

For the first time, CKE is also creating two distinct brands between Carl’s Jr. and Hardee’s. While Carl's Jr. mainly operates on the West coast and Hardee's is based in the Midwest and Southeastern regions, Carl's Jr. recently opened up its first shop in New York City.

Havas and CKE today are introducing "Call of Carl's," the first Carl's only, multi-channel campaign designed to "create a manifestation and vocalization of food craving," says an agency spokesperson.

Voiced by actor Matthew McConaughey, the :30 TV spot supports the Western Bacon Cheeseburger by juxtaposing imagery of the ingredients and burger with wide-eyed Millennial-aged men and "space age-like" special effects.

This campaign appears on TV, radio, and online video, as well as social media engagement, such as chatting with fans in real-time.

CKE spent $49 million on U.S. advertising for both chains during the first six months of 2017 and $100 million during 2016, according to Kantar Media.

72andSunny also refreshed the entire Carl's Jr. brand including the chain's logo, packaging, in-store assets and employee uniforms. "The goal was really to contemporize the brand, make it look more sophisticated and convey the higher quality we deliver in the food," said the agency at the time to Ad Age. Havas did not respond by press time to whether it will continue to use these new design assets.