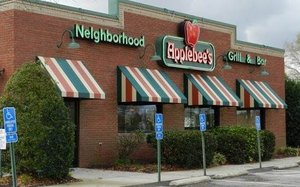 Limited-service chains (fast casuals and quick-service restaurants/QSRs) drove most of 2017’s growth, with a combined sales gain of 4.1%. In contrast, sales growth within full-service segments slowed to 0.5%, from 1.4% in 2016.

Interestingly, fast casuals’ performance in part reflected a rebound at Chipotle. Last year’s 14.6% sales increase brought the chain back to 2015 levels — although the revenue gain resulted largely from unit growth in 2016 and 2017, according to Restaurant Business’s summary of the Technomic data.

But casual dining restaurants were stagnant, with just 0.10% sales growth, and an actual decline in units (-1.4%). Technomic attributes casuals’ continuing slump in large part to consumers’ desire to have a unique experience in full-service environments, as they do at independents and small chains.

The advance report can be purchased on Technomic’s site prior to the full report's publication at the end of March.